Rush's Lesson: The Time To Overhaul The GOP 2012 Primary Calendar and Rules Is Now 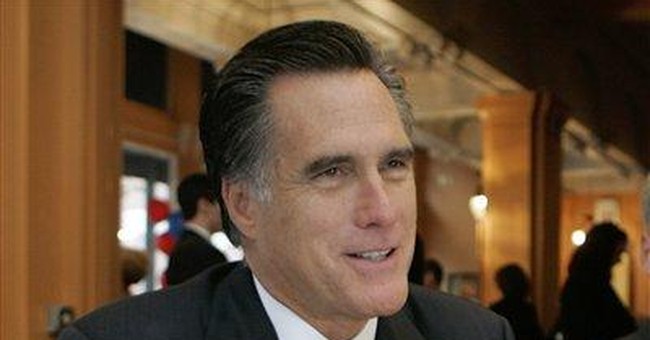 The last thing you want to think about right now is the 2012 GOP primary calendar, but I am afraid you have to, if you want the RNC chairmanship contest to have meaning and the GOP to have a good chance of recapturing the White House four years down the road. Each would-be RNC leader should be asked about the 2012 presidential primaries they will be overseeing. Specific questions need to be posed, and concrete answers delivered.

The RNC must begin now to consider overhauling the presidential nominating process three years hence for the simple reason that the process as it stands now is extremely vulnerable to manipulation by hard-left activists of the Democrats who, when 2012 rolls around (or late 2011 given the acceleration in primary season we witnessed in this cycle) will want to advantage President Obama by forcing the nomination of the weakest GOP candidate. They almost certainly won't have their own primary in which to participate, and they won't want to waste any opportunity to help re-elect President Obama.

Rush Limbaugh demonstrated the ease with which relatively small numbers of hyper-activists can invade and distort the other party's nomination process when he ran the very successful and very entertaining "Operation Chaos" in the spring of 2008. America's Anchorman urged conservatives to register as Democrats and vote for Hillary in the Ohio and Pennsylvania Democratic primaries and elsewhere, and they did, in large numbers, adding considerably to Obama's political woes at the time. Rush started up Operation Chaos late, but had he begun early and wanted to nominate Hillary, he could have.

The real service El Rushbo delivered via Operation Chaos, though, was to illustrate the danger ahead for the GOP if it fails to act now to build defenses against a reverse Operation Chaos in the next presidential cycle.

Flash forward to the summer of 2011: President Obama is beleaguered and his approval numbers are in the low 30s. Taxes are high, inflation is high, unemployment is high, and the markets have never recovered from the post-election sell-off. Oil is back in triple digits, and the Taliban have seized large portions of Pakistan and threaten the central government there. Iran went nuclear in 2010 and threatens Israel on a weekly basis. President Obama's press conferences are painful to listen to, his inability to act decisively has earned him the title "ditherer-in-chief."

The GOP is eager for the primaries to begin, and a strong field has emerged that includes the return of Giuliani, Huckabee and Romney to the hunt, but which also includes Jeb Bush, Tim Pawlenty and Mitch Daniels. (Sarah Palin has decided to wait until the conclusion of the second term she won handily in 2010 before deciding on a future course.)

MoveOn.org activists meet with David Plouffe and Harold Ickes and decide it is time to pick the GOP nominee, and instructions go out to the Obama and Clinton networks in Iowa: "Reregister as Republicans. Instructions to follow." The same message goes to New Hampshire lefties. The left doesn't even bother to hide their design. It is legal, and it is politics. The example of Rush is everywhere pointed to when Republicans object to the hijacking of their process. No matter, the law is the law. The left will decisively impact the GOP nominee.

Unless the GOP moves now to change that. To do so, it needs to mandate that Iowa will caucus on the same day that New Hampshire votes, that New Hampshire will close its primary so that only Republicans so registered by the close of 2011 can cast a ballot, and that two other states will vote on the same day --the state in which John McCain won by the narrowest margin and the state in which he lost by the narrowest count, which would mean Missouri and North Carolina would be invited to vote on the same day as New Hampshire. (This last formula for adding states also conveys to all other states that they might not be locked forever ought of the primaries that count most.)

New Hampshire will scream and moan of course, but so what. Let them move their primary again and again. What matters is that Republicans in large states vote very early in 2012 to dilute any attempt to manipulate the process.

"That which gets rewarded gets repeated" is a saying among compensation experts. Expect "Operation Chaos" to be replicated by the Dems in 2012, and steps need to be taken now to telegraph that such efforts will not work, or at least not as effectively as they might if the old schedule and rules are adhered to.