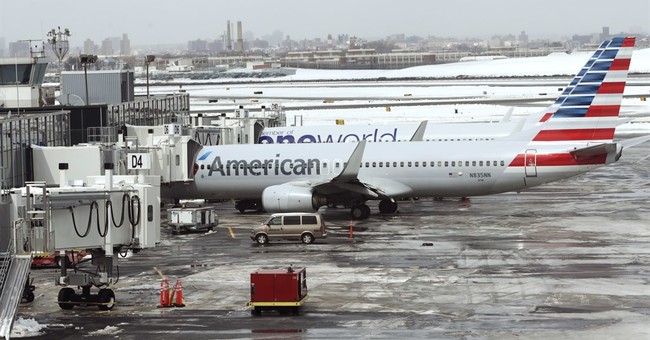 Juliette Kayyem, a former Assistant Secretary of Homeland Security under President Obama, wrote in The Atlantic this week that Americans should prove they are vaccinated to fly domestically and that "a no-fly list for unvaccinated adults is an obvious step that the federal government should take."

"Beyond limiting the virus’s flow from hot spots to the rest of the country, allowing only vaccinated people on domestic flights will change minds, too," Kayyem argues. But pressuring the American people and making their daily lives harder in order to get them to do what you want seems to be more than simply "changing minds."

Kayyem continues by saying "what is actually going on, mostly, is that institutions are shifting burdens to unvaccinated people—denying them access to certain spaces, requiring them to take regular COVID-19 tests, charging them for the cost of that testing—rather than imposing greater burdens on everyone."

Siri, show me the sort of American liberal elite who bangs on and on about the “authoritarian right” while advocating for the most draconian and totalitarian regime this country has ever seen: https://t.co/LD4jaTcVIM

The existing federal No Fly List Kayyem wants to emulate for unvaccinated individuals was created in the wake of the September 11, 2001, terrorist attacks and is maintained by the Federal Bureau of Investigation's Terrorist Screening Center. But now instead of targeting known or potential terrorists off planes, it's unvaccinated Americans Kayyem seeks to ban from America's skies. With her argument for a no-fly list, it seems Kayyem wants to not just shift "burdens" to unvaccinated individuals, she wants to make their rights equal to those of suspected terrorists.

As Kayyem herself admitted, "this isn't about following the science anymore."

The unvaccinated tell us that a vaccination requirement for air travel would motivate them to get a shot. Why aren't we listening? This isn't about following the science anymore. My essay on the privileges and burdens of flying for @TheAtlantic. https://t.co/Izn9c6fMAU