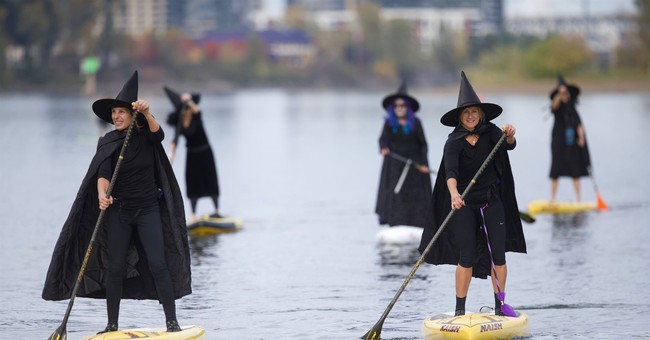 CNN's Jeanne Moos recently aired another horrendous and slow news day segment on how "witches" are offended by President Trump's use of the cliche saying that things are a "witch hunt."

President Trump frequently refers to Mueller's investigation as a "witch hunt" because it's nothing more than a waste of everyone's time.

The Mueller Angry Democrats recently deleted approximately 19,000 Text messages between FBI Agent Lisa Page and her lover, Agent Peter S. These Texts were asked for and INVALUABLE to the truth of the Witch Hunt Hoax. This is a total Obstruction of Justice. All Texts Demanded!

In the segment, Moos interviews humans who claim to be "witches" that bash President Trump while further claiming to be offended with his use of the saying.

One witch calls President Trump's use of the saying "really disgraceful, I mean thousands of people were executed in Europe for suspicion of witchcraft..."

Another witch states that "there's a lot to be offended by from President Trump..."

CNN runs a segment on how Trump's use of "witch hunt" offends witches pic.twitter.com/PSsk8ZOXkR

Donald Trump Jr. responded to the segment by pointing out the networks willingness to cover anything that gabs at the sitting president. He also refers to the CNN segment as "Trump Derangement Syndrome." Who could blame him?