President's Trip to Asia: What You Need to Know 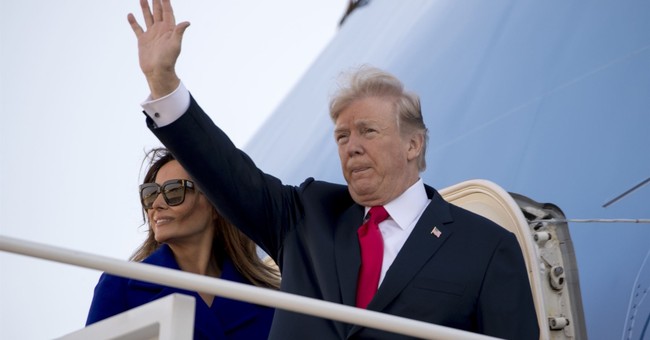 President Trump left for his historic 11-day trip to Asia on Friday morning.

Here's what you need to know about the trip.

The president will travel to five different countries

Why is the trip taking place?

With tensions between North Korea and the United States continuing to rise, and with North Korea's neighbors becoming increasingly wary of the rogue regime's missile tests and nuclear capabilities, the president will be looking to enlist the help of these countries to step up or maintain pressure on the Kim regime.

International trade will be another focal point of the trip as President Trump hopes to discuss bilateral trade agreements and America's economic interests in the region. While the president looks to strengthen relationships with world leaders in the Pacific he will also look to further American interests. In a statement from the White House press secretary, President Trump will look to "reaffirm United States leadership in promoting a free and open Indo-Pacific region."

Who will President Trump be meeting with?

During his stay in Japan, President Trump will meet with Prime Minister Shinzo Abe and other Japanese leaders to discuss developments concerning North Korea. According to an official statement from the White House press secretary, President Trump will also meet with family members who have had loved ones kidnapped by the North Korean dictatorship.

Though President Trump will not be traveling to the demilitarized zone (DMZ) in South Korea, he will meet with South Korean President Moon Jae-in to discuss security concerns regarding North Korea and visit U.S. troops stationed in the country. The president is scheduled to speak to South Korea's national assembly where he will "call on the international community to join together in maximizing pressure on North Korea."

Not much is known about the president's trip to China, but President Trump will be meeting with Chinese President Xi Jinping for various events. Undoubtedly the president will discuss China's involvement in keeping North Korea in check and discuss U.S.-China relations regarding trade.

The president's last stop will be in the Philippines. On November 12, President Trump will attend a gala and dinner celebrating the 50th Anniversary of the Association of Southeast Asian Nations (ASEAN). The next day, the president will celebrate another anniversary, this time the 40th anniversary of U.S.-ASEAN during the U.S.-ASEAN Summit. President Trump is also set to meet with President Rodrigo Duterte of the Philippines.