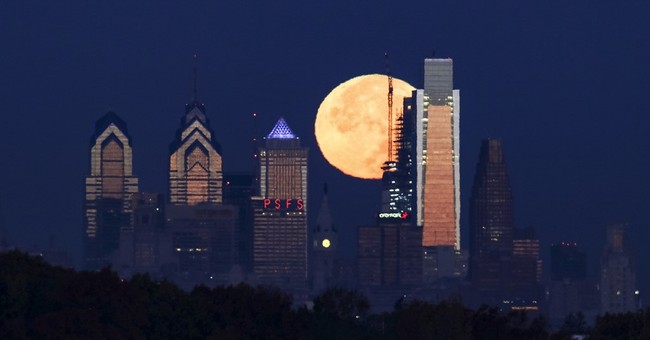 United States Attorney William M. McSwain is warning Philadelphia city officials to "to stop treating the criminal justice system like a game in which they play political favorites" in relation to immigration law after an illegal alien who previously found guilty of burglary, kidnapping, and rape, pleaded guilty this week to re-entering the country.

The city of Philadelphia is one of the most obstinately federally defiant jurisdictions in the country, as its Sanctuary City policy routinely ignores immigration law, provides shelter to those illegally in the country, and even gives medical and other benefits to illegal immigrants in the city at the expense of tax dollars. The city also refuses to notify ICE after illegal aliens are released from local prisons, even for violent crimes, even if ICE has an immigration detainer on the individual.

Critics warn that the policy gives a safe harbor to violent and threatening criminals who then pose immediate dangers to American citizens. The man known as the "Rittenhouse Rapist" drew attention to these dangerous policies in 2014, after Milton Mateo Garcia-Vasquez, 32, was accused and later found guilty of burglary, kidnapping, and rape in Philadelphia.  Garcia-Vasquez was previously deported in 2013, but somehow found his way to the city of brotherly love.

But, if he had been acquitted of his alleged crimes and if ICE did not have a written approval detainer request signed by a federal judge, Philadelphia officials would like have released him back into the streets without notifying the agency. Right now, he is serving 22-44 years in prison for his crimes.

In a press release issued Wednesday U.S. attorney McSwain said this case is "a law-abiding citizen’s nightmare: an illegal alien who has been previously deported comes back into the country illegally and commits appalling crimes."

He added that "it is a reminder of why we are a nation of laws and why those laws – including immigration laws – should be respected and enforced."

"My Office will continue to enforce federal law in a neutral, non-partisan manner, which is the only way to ensure public safety," he continued. "And I call on Philadelphia city officials and the District Attorney to stop treating the criminal justice system like a game in which they play political favorites. There is simply too much at stake for that sort of nonsense. The public deserves better."

The Trump administration has attempted to force cities like Philadelphia into complying with federal law by cutting off funds, but in February 2019 an appeals court ruled "cannot cut off grants to Philadelphia for its refusal to cooperate with immigration authorities seeking to deport immigrants who are in the country illegally."

The current Mayor Jim Kenney praised the decision, saying,  "The conditions imposed by the DOJ were an unconscionable attempt to bully the city and its residents into changing our policies...On the very day the president declared a bogus national emergency to build a useless wall, I say to our immigrant community: we are glad you call Philadelphia home."