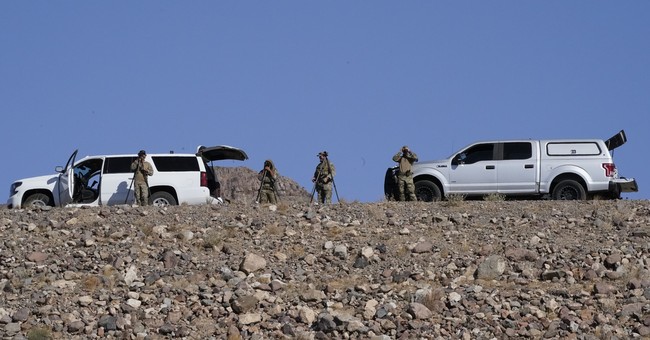 A federal district court judge in Louisiana has granted the Republican attorneys general of more than one dozen states a temporary restraining order (TRO) against the Biden administration, requiring — for now at least — the administration to keep Title 42 in place.

...the Defendant Department of Homeland Security (“DHS”) and its Defendant subagencies are partially implementing the Termination Order already. Yesterday, a major media outlet reported that “Border Patrol is not using the Title 42 public health order to remove many migrants from the Northern Triangle countries of Guatemala, Honduras and El Salvador, more than a month before the Biden administration lifts the order altogether,” according to “multiple Border Patrol sources." DHS seems to admit it partially ended Title 42, on the basis that return flights to “certain non-contiguous countries” take too long to schedule. But DHS previously returned aliens to Mexico when flights were limited, and such action is the only one that aligns with public health harms detailed in the Title 42 Order, which is still in place. Thus, while Title 42 may be “technically still in place,” the reality on the ground is that DHS “has largely stopped using Title 42 to remove migrants from Northern Triangle countries, and is instead processing them via Title 8 and expedited removal.”

"This Court should issue a TRO immediately and require DHS to explain its actions so that the States and this Court can take appropriate actions in response to what may (or may not) be some highly inappropriate actions by DHS that directly undermine this Court’s authority to remedy the harms that the challenged agency action would occasion," the AG's motion requested.

The Court was convinced by the motion, and so granted the TRO to keep the Biden administration from phasing out Title 42 while the case moves forward.

NEW: A federal court judge overseeing a case involving Title 42 just issued this memo, saying he intends to issue a temporary restraining order but DOJ & Republican-led states will try to come to an agreement. pic.twitter.com/5mO38AWaO3

BREAKING NEWS: In a lawsuit originally filed by Missouri, Louisiana, and Arizona, our Office just obtained a temporary restraining order to keep Title 42 in place. This is a huge victory for border security, but the fight continues on.

BREAKING: I am so proud of the lawyers from our office who just got a Temporary Restraining Order to keep Title 42 in place. We will continue to fight the Biden administration's open border policies.

While it's only a temporary ruling to keep Title 42 in place while the rest of the case progresses, Louisiana AG Jeff Landry cheered the fact that, for now at least, "Biden's plan to rescind Title 42 has been halted."

Biden’s plan to rescind Title 42 has been halted. #nationalsecurity #southernborder