As Biden Inflation Hits the Middle Class, This Cabinet Secretary Is Complaining About DC's Cost of Living 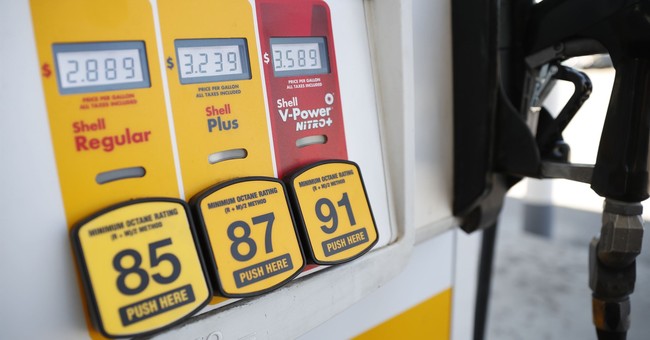 In an interview with The Washington Post style section, Chasten Buttigieg — husband of President Biden's Secretary of Transportation Pete Buttigieg — gave an earful on the apparently untenable cost of living in the nation's capital.

"We couldn't afford the one-bedroom-plus-den" apartment, Chasten explained when talking about the 800-square-foot, one-bedroom apartment in D.C.'s Eastern Market neighborhood they were apparently able to afford in a "high-end building" chosen "because of its location and security it offered."

"The city is almost unaffordable," Chasten complained to The Post.

Secretary Pete's salary for helming the Department of Transportation, The Post notes, is $221,400. Financial disclosures filed by Pete and Chasten show income between $100,001 and $1,000,000 for Pete's book Shortest Way Home. Pete earned another $53,658 in U.K. foreign rights advances on the book. For his book Trust, Pete reported $311,500 in income. There was an additional $150,000 "minimum guarantee payment" for his The Deciding Decade podcast via iHeartMedia.

All that points to the conclusion that the Buttiegieg household — assuming no serious financial mismanagement — could have afforded a one-bedroom-plus-den apartment in D.C.

Several astute Twitter users pointed out that while the Biden administration — including significant work by the Department of Transportation — is making the case for trillions of dollars in government spending, the fact that a cabinet secretary can't figure out how to make it in D.C. does not inspire confidence.

It should concern everyone that a top administration official working on $5T government spending plans can’t figure out how to survive in Washington on $220K/year. https://t.co/pEJt52xRrA

Not only is Pete’s salary $220K, he and Chasten made a TON on books and podcast deals.

Making over $500K/ year and complaining to the Post about DC (median income about $50K) being too expensive (while pushing policy to make it more expensive) is a LOOKhttps://t.co/YdMfbmcxoO

It "is a LOOK" indeed. Others noted that the lack of affordability is not just a problem being felt by cabinet secretaries in the nation's capital. If there were a needle on DC's unaffordability, it's only moving in the wrong direction thanks to the Biden administration's economic agenda that's triggered growing inflation across the country that even the White House has admitted will be around for a while.

Americans are struggling to afford groceries because of President Biden’s reckless spending.

There's also no mandate for cabinet secretaries to live within "biking" distance of their department's headquarters, and others pointed out that Pete and Chasten sprung for a unit priced well above what's available in D.C.

He could live a little further out and, you know, take forms of transportation that aren't a bike he unloads from the back of a van after walking two blocks. https://t.co/K11mgyuAlK

I don’t know what kind of 1 bd plus den in dc costs $4500 a month but it’s definitely a super fancy one. https://t.co/HYDXbr2DFw

TFW you try to identify with the struggles of working Americans but then WaPo reports you alone make a quarter million dollars annually: https://t.co/UfXbLsmgwe

rent in DC is not cheap but it is NOT normal to pay $4,500/mo for a one bedroom apartment https://t.co/ozUqmgUc3l

My roommate and I have a 2 bed/2 bath + den in the middle of the city and our rent costs nowhere near $4500 a month. https://t.co/sezxEHxNbS

Perhaps, as Biden inflation hits middle-class Americans nationwide as a thinly-veiled tax on virtually all goods and services — gas, groceries, utilities, etc. — his cabinet secretaries and their spouses should check what the Left would call "privilege" and not complain about their luxurious lives as members of the D.C. ruling class.