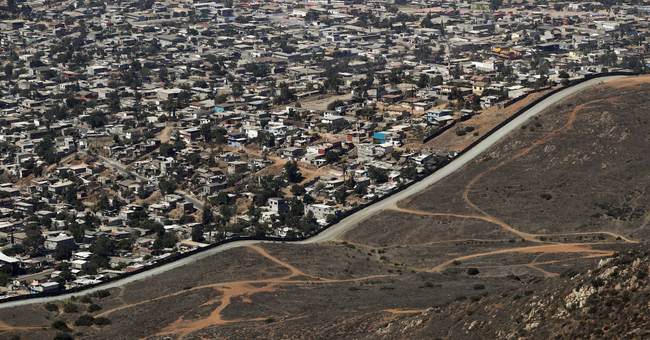 As a caravan of 7,000 plus migrants continues its journey toward the Southern border of the United States hoping to gain entry presumably without obtaining legal status, experts on the subject of illegal immigration and the opioid crisis have released an educational video warning of the connection between the two.

Journalist Sara Carter, who has covered everything from national security, terrorism, immigration, the wars in Afghanistan and Iraq, and — notably — the often-volatile situation at the U.S. border with Mexico, has released a new video titled “Not In Vein,” a short-film that describes in some detail how the opioid crisis in the U.S. is funded and exacerbated by Mexican drug cartels. Additionally, the film connects unchecked immigration to the presence of cartel foot soldiers within the U.S who sell deadly narcotics such as Fentanyl to unsuspecting users, many of them teenagers.

"There are a lot of normal people [within the ranks of illegal immigrants] just looking for a better life,” Carter says. “But there are a lot of things going on behind the scenes we're not aware of. Within these groups of people drug cartels will place members of their gangs, who understand and have adapted to our laws, and who end up in high schools because they shave their beards and lie about their age at the border."

In the 20 minute video, Carter expands on this idea, interviewing experts like Derek Maltz, a nearly 10-year veteran of the Department of Justice (DOJ) as a Special Agent in Charge with the federal Drug Enforcement Administration (DEA).

Maltz calls the Mexican drug cartels “absolute business entrepreneurs,” very talented and very experienced at their work because they’ve been at it since the 1970s. And with the relatively recent involvement of countries like China, who sell a large portion of the synthetic drugs to Mexican cartels, the situation begins to look more and more like narcoterrorism, Maltz says.

“There are these traffickers sitting in labs in China who are so far advanced in new technology — using the dark web for example — that law enforcement are having a tough time staying in the game,” Maltz says. “The junkie of today is sitting on the internet and the drugs are coming to their door. And it's so cheap the kids don't need a lot of money."

Both Maltz and Carter speak of how the drug people think they’re buying may end up being something totally different once it gets processed through Mexican cartel drug labs.

“You’re talking about poison, synthetic drugs, where kids end up bleeding from the eyes and ears because of the rat poison in the mixture,” Maltz says. “It’s like the Night of the Living Dead and a great deal of it is coming from China.”

"These pills look like Xanax, Prozac, or Oxycontin, things kids might find in their parents medicine cabinets,” she says. “But 50 percent of it is manufactured in trailers in chem labs in Mexico, and you’re going to have batches that are badly mixed by street chemists. People are playing Russian roulette if they take one of these. That’s why this is so serious.”

While “Not In Vein” covers the fight to defeat the opioid crisis once it’s inside the U.S., it doesn’t shy away from covering the role illegal immigration plays in the war, even including an interview with a Texas rancher who has basically ceded much of his own property to human traffickers — who Carter emphasizes are just as dangerous to their traveling companions as they are to would-be buyers of their illicit drugs — so he can keep his family safe.

“We have to be very careful about our border and our national security,” says Carter, who is of Cuban descent, has friends and family who are Mexican, and draws a hard line between migrants seeking the American dream and cartel plants within their ranks. “We are a sovereign nation and we are allowed to have a border. We are a nation of laws and people that come here have to follow those laws. We can't allow this to become an issue of race or immigration vs. anti-immigration. I just want to protect my children by helping put a dent in drug cartel operations.”

“We have a massive problem when we have caravans that want to come into our country that start in areas of Central America that are very well known for gang and cartel activity,” Maltz offers, echoing the sentiment. "Border security should be a priority. Period. How we define the best possible way to secure the border is still being decided and the wall alone is not going to solve this. The Sinaloa drug cartel [famously associated with El Chapo] has been digging a sophisticated tunnel network for 20 years. You have to start with a plan of action and hold people accountable. The DOJ’s new transnational organized crime strategy is a good start.”