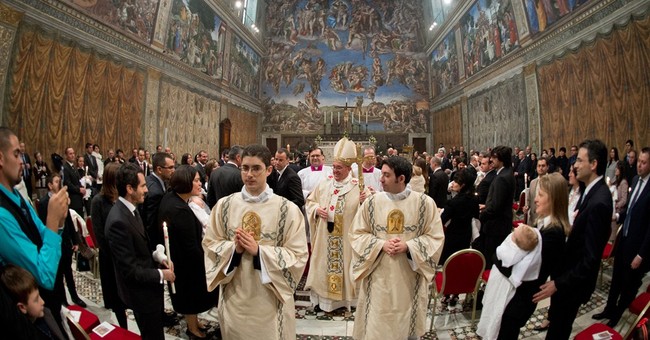 President Obama will visit Pope Francis for the first time on March 27 during a visit to the Netherlands, Belgium and Italy.

According to a White House statement Tuesday:

The President will continue on to Vatican City on March 27 to meet with His Holiness, Pope Francis. The President looks forward to discussing with Pope Francis their shared commitment to fighting poverty and growing inequality.

In the present age it is easier to become a billionaire than to escape poverty according to NYU professor and Firebrand Partners founder Scott Galloway on Bloomberg Tuesday. While explaining who should be responsible for the poor, Galloway turned to the words of the Pope:

The writing Galloway mentioned is the apostolic exhortation. The Pope explains in the text:

In this Exhortation I claim only to consider briefly, and from a pastoral perspective, certain factors which can restrain or weaken the impulse of missionary renewal in the Church, either because they threaten the life and dignity of God’s people or because they affect those who are directly involved in the Church’s institutions and in her work of evangelization.

A government cannot be run like a church body. As Katie pointed out earlier, under the Obama administration the gap between the rich and poor has increased.