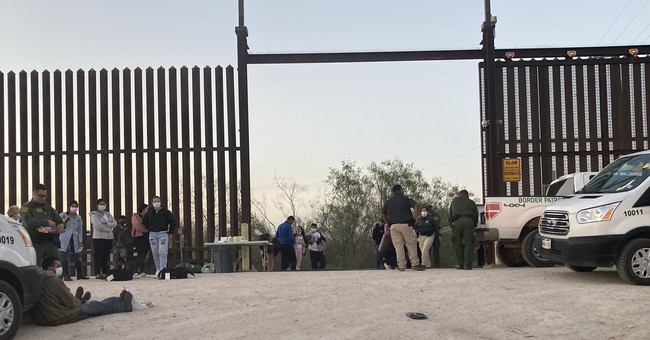 An internal Customs and Border Protection (CPB) document forsees “significant safety implications” if Title 42 is lifted, which President Joe Biden has planned for May 23.

Title 42 is a public health order put into place at the beginning of the pandemic, allowing border officials to turn back illegal migrants at the U.S.-Mexico border. The CPB is concerned with the risks associated with ending the order.

The document, which was published a few months ago from a lawsuit between Florida Attorney General Ashley Moody and the Biden administration, outlines the potential dangers lifting the policy will have.

If migrants are drawn to the border, the document warns this could escalate political instability, fear of violence, and the increase of smugglers into the U.S. who seek to take advantage and profit from vulnerable migrants.

In a statement to Fox News, which reported on the document, Moody said the document contradicts what the Biden administration has been telling Americans, adding, that “the Mexican drug cartels are profiting off the mass migration of unvetted immigrants to fund as increase of violence at the border.”

Additionally, it says the smuggling networks are “very active in promoting the flow of migrants through Mexico as drug trafficking organizations maintain control of the primary trafficking corridors into the United States.”

The document also notes that the number of halted Trump-era border policies, such as “Remain-in-Mexico,” has played a large role of weakening border patrol agents ability to secure illegal migrants.