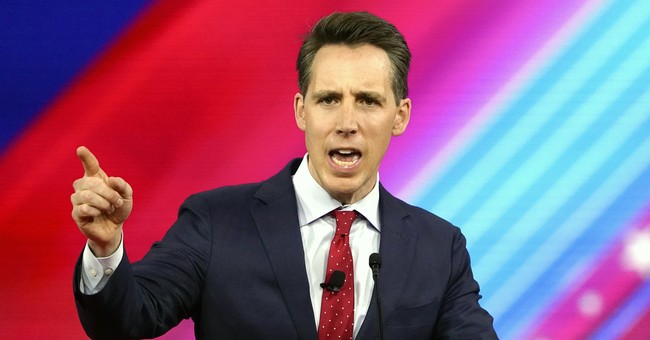 In the latest attempt to bring down Disney, Senator Josh Hawley (R-MO) introduced a bill that could strip its control.

The Copyright Clause Restoration Act would limit Disney’s copyright protection of Mickey Mouse to 56 years, meaning it would affect anyone who uses images of the original 1928 design of the “Steamboat Willie” Mickey.

In 1984, when the copyright was set to expire, Disney lobbied to pass the Copyright Act of 1976, dubbed the “Mickey Mouse Protection Act,” which granted extensions for 75 years. Again in 1998, the corporation was given copyright ownership for another 95 years.

The federal government has extended the woke corporation’s copyright status three times. However, GOP officials stand firm in their decision not to support another extension when the copyright reform expires in 2024.

When it comes to Disney infringing upon Florida’s politics, Hawley said “the age of Republican handouts to big business is over,” vowing to take away “special privileges who earned billions pandering to woke activists.”

Since the bill would be applied retroactively, Hawley said “Disney would begin to lose protections for some of its oldest and most valuable copyrights.”

Meanwhile, Jim Banks of Indiana also opposed the extension, slamming Disney for working with a “communist Chinese regime.” While being adamant he would not support a corporation that disrespects basic human rights, and its desire to influence children with inappropriate sexual material.

This comes after Governor Ron Desantis’ months-long battle with Disney for speaking out against Florida’s “Parental Rights in Education” bill, also known as the “Don’t Say Gay” bill by the woke mob. Weeks later, Desantis took aim once again to put Disney in its righteous place, by scrapping the corporation’s self-governing status.

Last week, President Trump chimed in, condemning Disney, saying “Walt Disney himself is looking down at his company's pro-LGBTQI stance and wondering, 'what has happened to my magic kingdom?’”