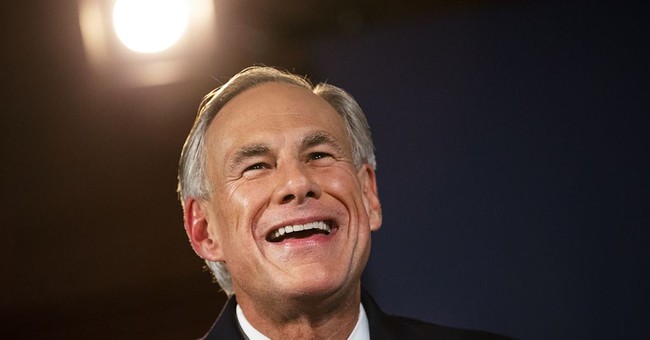 In a year that has already seen a record number of pro-life laws considered at the state level, Texas now has a law that bans abortion after a heartbeat is detected, at about six weeks past a woman's last menstrual period. Governor Greg Abbott (R-TX) signed the bipartisan bill into law on Wednesday.

The heartbeat bill is now LAW in the Lone Star State.

This bill ensures the life of every unborn child with a heartbeat will be saved from the ravages of abortion.

Thank you @SenBryanHughes, @ShelbySlawson, & #txlege for fighting for the lives of the unborn in Texas. pic.twitter.com/aolhUKM9tv

The Institute of Pro-Life Advancement, a project of Students for Life of America, found that Millennials and Gen Z support such legislation. "Millennials and Gen Z by 47% to 38% supported such a ban, and by a larger margin, 60% to 25%, supported requiring doctors to check for a heartbeat before offering to commit an abortion," according to findings from January.

At this stage of pregnancy, a woman may undergo a "suction, or aspiration, D&C abortion [which] is a procedure in which a suction catheter is inserted into the mother’s uterus to extract the preborn baby," as described by Live Action's "Abortion Procedures" project. Another method is chemical abortion, "in which the woman takes pills containing Mifepristone (RU-486) and Misoprostol (or Cytotec) to end the life of the baby," and then has contractions to expel the now-dead baby.

According to the Mayo Clinic:

Growth is rapid this week. Just four weeks after conception, the neural tube along your baby's back is closing. The baby's brain and spinal cord will develop from the neural tube. The heart and other organs also are starting to form and the heart begins to beat.

Structures necessary to the formation of the eyes and ears develop. Small buds appear that will soon become arms. Your baby's body begins to take on a C-shaped curvature.

Lawsuits are likely to follow, as they have in other states that have passed similar legislation.

#SB8’s signing comes two days after the Supreme Court’s announcement that it will consider a Mississippi case challenging a ban on abortion after 15 weeks — putting Roe v. Wade in danger and 25 million people at risk of losing abortion access.

This law won’t go into effect until September — and we will fight back with everything we have to keep that from happening. Remember: Abortion remains safe and legal in all 50 states, and we will do everything in our power to keep it that way.

This cruel and extreme law is set to take effect in September. The Center is prepared to pursue all legal options to prevent this law from ever taking effect. Learn more about #SB8 below. #TXDeservesBetter https://t.co/YKHw6B5tCe

According to the Guttmacher Institute, which tracks abortion legislation, as of May 1, nine other states have passed heartbeat bills. This makes Texas the tenth. An increasing number of states are considering such a ban on abortion.

Amazing victory for life in Texas!#TheFutureIsAntiAbortionhttps://t.co/nvhYCjjXQy

An abortionist only knows success when he or she stops a beating heart. Texas has just make this violent act illegal.

Honored that @SFLaction was able to be part of this effort and be there today. https://t.co/2l4cKqRcOT