Pompeo Weighs in on Biden's 'Weak Leadership' on Afghanistan 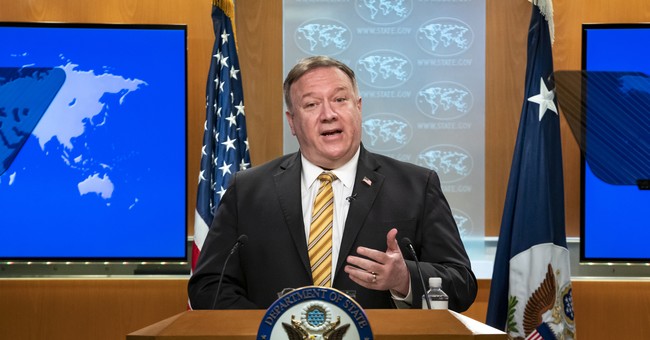 “I think weak leadership always harms American security. This is in the context of a Biden administration that has basically abandoned the global stage in favor of climate change. They’ve been focused on Critical Race Theory while the embassy is at risk. That didn’t happen during our [Trump administration] four years. I do think there’s a real risk here,” Pompeo said on Fox News Sunday.

Though the Trump administration negotiated a deal with the Taliban, Pompeo said that the former administration "never trusted" the terrorist organization.

"...we never trusted the Taliban. You can ask them yourselves. We made abundantly clear: If they did not live up to that piece of paper, to the words that they had put on the ground, we weren't going to allow them to just walk away from any deal that they struck. We were going to go crush them," he added.

President Biden was missing-in-action throughout the weekend as the Taliban took over. After receiving blowback for refusing to acknowledge the situation, the president is set to address the nation on Monday afternoon.