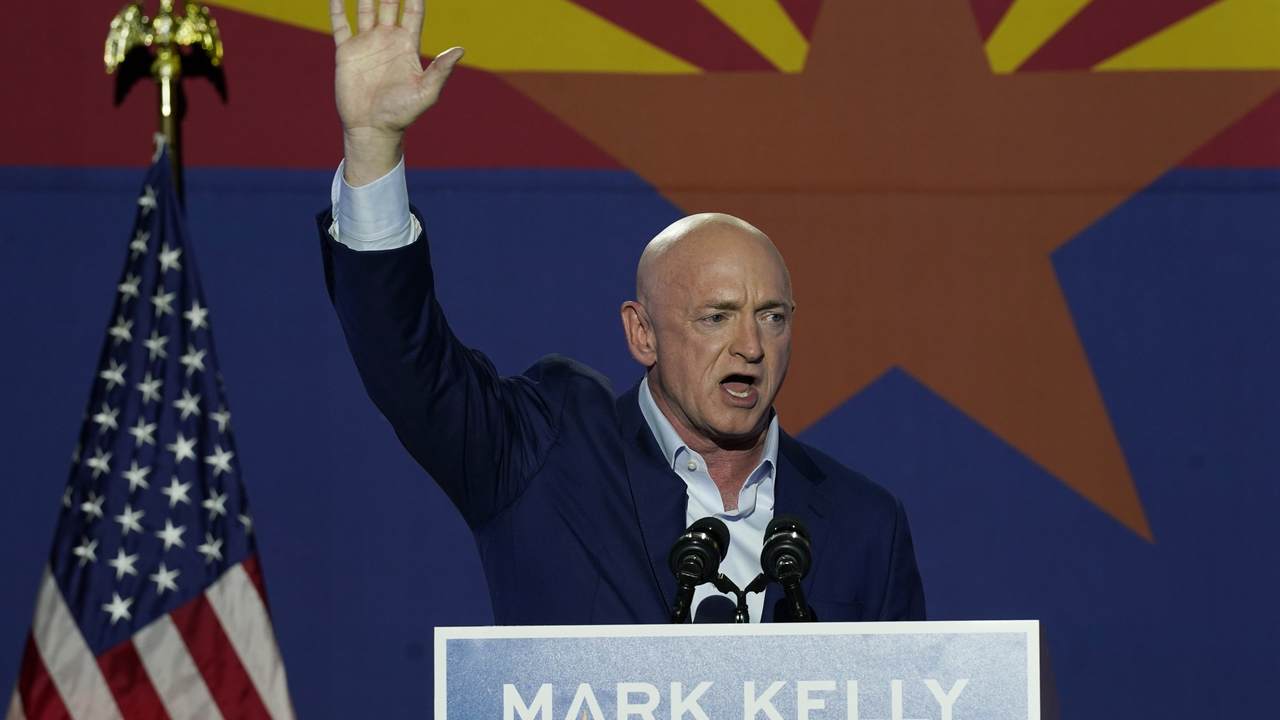 Senate Republicans defeated the corrupt "For the People Act" on Tuesday night, in a major loss for Democrats. The bill's failure sparked a new push for eliminating the Senate's legislative filibuster, the longstanding 60-vote threshold for major legislation to pass bills without GOP consent.

Democratic Senators Joe Manchin (D-WV) and Kyrsten Sinema (D-AZ) have held the line against their party's mission to nuke the filibuster, and freshman Senator Mark Kelly (D-AZ) is now receiving pressure to take a firm stance on the filibuster. Thus far, the vulnerable incumbent lawmaker has refused to give a firm answer on whether or not he would vote to eliminate the measure.

A GOP advocacy group aligned with Senate Majority Leader Mitch McConnell (R-KY), One Nation, is hitting the airwaves with pressure on Kelly ahead of his 2022 reelection bid.

"We need bipartisanship in Washington, but radical liberals want to change the rules in the Senate so they can ram through their extreme agenda on partisan lines," the ad's narrator says. "Sen. Kyrsten Sinema says no way. But Sen. Mark Kelly won't say where he stands, dodging questions, making excuses. Sen. Kelly, this isn't rocket science. Stand with Sen. Sinema against the liberal partisans."