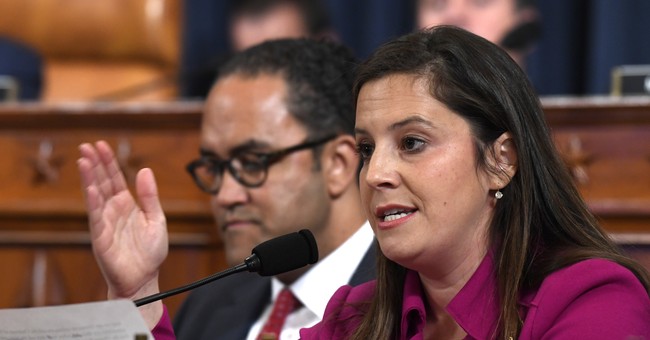 House Republicans voted to put Congresswoman Elise Stefanik (R-NY) in the number-three role in caucus leadership after Congresswoman Liz Cheney (R-WY) was ousted from leadership for her criticism of former President Donald Trump.

Stefanik’s bid for Conference Chair was endorsed by Trump, House GOP Leader Kevin McCarthy (R-CA) and GOP Whip Steve Scalise (R-LA), in addition to other rank-and-file lawmakers. From the ultra-conservative wing of the party, Stefanik received criticism for a “liberal” voting record. Rep. Chip Roy (R-TX) launched a challenge to Stefanik, arguing that her record is not conservative enough and that there should not be an expedited “coronation” process to replace Cheney.

Stefanik won the support of the caucus with 134 votes in a secret ballot process that occurred with little delay on Friday morning.

NEWS: Elise Stefanik has just been elected as the next House GOP conference chair, making her the highest-ranked Republican woman.

She won in a 134-46 secret ballot vote against Chip Roy, per sources in the room.

The newly-elected House GOP Chair said that the American people are witnessing an "economic crisis, a border crisis, an energy crisis, and a national security crisis due to Far-Left radical policies," and vowed that House Republicans will push back on President Biden's agenda.