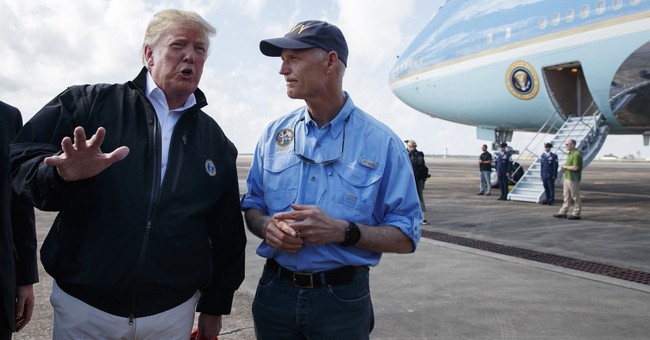 President Joe Biden claimed on Tuesday that no Americans making less than $400,000 annually will see a tax increase, despite the tax hikes written into his hefty spending plans.

"The reason I’m bothering to do this is I keep hearing in the press ‘Biden’s going to raise your taxes’ – anybody making less than $400,000 a year will not pay a single penny in taxes," the president said.

Biden’s own federal spending plans refute his claim. Senator Rick Scott (R-FL) fact-checked the president on his assertion, reminding him of the tax increases that have already been proposed under his administration.

“In the just over 100 days that Joe Biden has been president, he’s proposed $6 TRILLION in new spending...Yet Biden refuses to address the basic question I and many Americans keep asking: ‘How do you plan to pay for all of this, Joe?’" Scott wrote in a statement. "Joe Biden has never met a tax increase he didn't like. But reckless spending and high taxes hurt the American people and destroy their opportunity at the American dream. Joe Biden needs to tell the truth: more tax increase plans are coming and they won't spare a single American family."

Biden will try hiking taxes on families next. We can’t let him. ???? pic.twitter.com/DRu87voXMi

Biden and members of his administration are currently traveling the country attempting to sell the various spending-heavy plans proposed by the president. At the top of the president's agenda is the $2 trillion "infrastructure" package, also known as the American Jobs Plan, which includes minimal funding for real infrastructure projects.