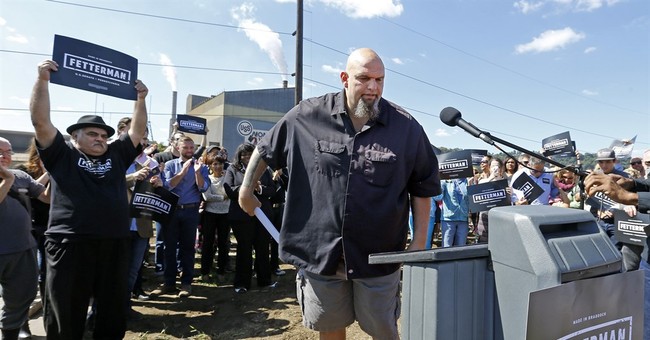 Pennsylvania Lieutenant Governor John Fetterman (D) made his Senate prospects official on Friday afternoon, following much speculation about his political aspirations. The sitting executive filed paperwork with the Federal Election Commission (FEC) to make his bid official, but his campaign said that the filing was not a formal announcement.

“Because an exploratory committee can only raise a very limited amount of money, we had to refile our paperwork with the FEC as a full campaign committee," a campaign spokesman said, per The Hill. "This is routine paperwork. John has been honest and straightforward that he is taking a hard look at running.”

Fetterman himself insisted that the newly-filed paperwork does not amount to a final decision to run for the Senate.

After Fetterman announced the news of an exploratory committee, he raised over $1 million in just two weeks. After filing paperwork to take a further step toward an official Senate bid, Fetterman refused to take a stance on giving taxpayer-funded stimulus checks to illegal immigrants; a few Democrats in the upper chamber supported that effort on Thursday night during the budget debate.

Democrat John Fetterman is kicking off his Senate campaign by refusing to answer whether he would vote for stimulus checks to be sent to illegal immigrants pic.twitter.com/DqrwVjLbvw

Fetterman previously ran in the 2016 Democratic Senatorial primary, but eventually lost to Katie McGinty. If made official, Fetterman will join what is expected to be a crowded field of contenders on both sides, to replace retiring GOP Senator Pat Toomey. The open seat is viewed as one of the more competitive contests on the 2022 Senate map, by both Republicans and Democrats.