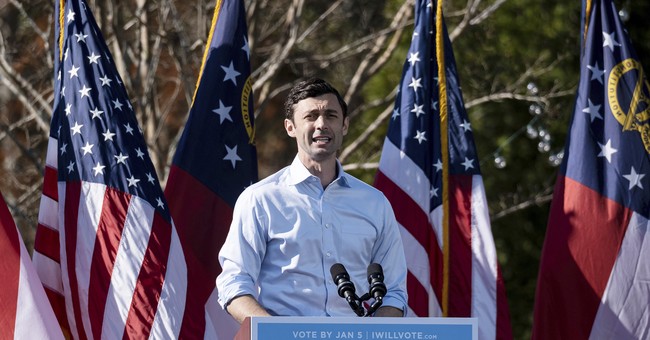 UPDATE: The Associated Press and Fox News both called the race for Ossoff on Wednesday afternoon. Senator Perdue has not yet conceded.

The Fox News Decision Desk can now project that Democrat Jon Ossoff will defeat Republican David Perdue of Georgia, giving Democrats control of the U.S. Senate for the first time in six years.

"I want to thank the people of Georgia for participating in this election. Whether you were for me or against me, I will be for you in the U.S Senate," Ossoff said on Twitter. "Georgia, thank you so much for the confidence that you have placed in me. I am honored, honored by your support, by your confidence, by your trust, and I will look forward to serving in the United States Senate with integrity, with humility, with honor, and getting things done for the people of Georgia."

“Thank you for the confidence and trust that you have placed in me.”

The AP has not called this race. #gapol #gasen https://t.co/ygXAr0gBEE

OSsoff declared victory this morning in remarks, though his race remains uncalled.

Ossoff currently leads Perdue by about 16,000 votes. Perdue has not conceded the race. https://t.co/GI5VL9LgjH pic.twitter.com/CdPvfBYvKL

Ossoff's declared victory is still within the 0.5 percent margin that would ultimately trigger a recount.

This is a breaking story. Stay tuned for updates.