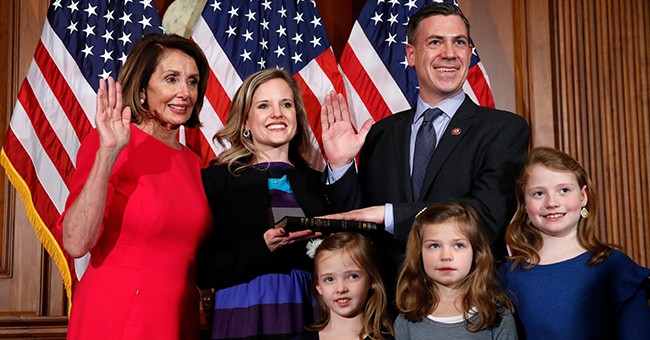 Rep. Jim Banks (R-IL), the Chairman-elect of the Republican Study Committee (RSC), began circulating a letter that will eventually be sent to congressional leadership on Monday, urging his colleagues' support for the Hyde Amendment ahead of Tuesday’s hearing on the historically bipartisan provision. Incoming Chairwoman of the Appropriations Committee, Rep. Rose DeLauro indicated that she hopes to strip the amendment from the upcoming spending package.

The Hyde amendment is a discriminatory policy and one that is routinely considered — every year as a legislative rider — but we are in a moment to reckon with the norm.

We are moving forward as we discussed and I promised in August.

Because of Hyde, too many are hostage to their geography.

In the coming Congress, the House spending bill will not include it.

The Hyde Amendment protects taxpayers from funding abortions, and has received support from Republicans and Democrats. As the Democratic Party moves to the left, many leaders, including Joe Biden, now renounce the common-sense provision even after supporting it in the past. Banks accused Democrats of engaging in a “pro-abortion crusade” by seeking to scrap the amendment.

“As part of their pro-abortion crusade, Democrats have taken direct aim at these long-standing, bipartisan protections that generally prevent the federal government from using taxpayer dollars to support abortion procedures. Repealing these pro-life provisions would destroy nearly half a century of bipartisan consensus. Each year since 1976, Congress has included Hyde protections in annually enacted appropriations. No president in American history has ever vetoed an appropriations bill due to its inclusion of the Hyde Amendment,” he wrote. “As recent as June 2019, former Vice President Joe Biden supported the Hyde Amendment and acknowledged that it works harmoniously with federal funding for women’s healthcare.”

“Years of public polling indicates that repealing the Hyde Amendment is opposed by most of the American Public. Congressional Democrats now seek to further erode public trust in government by ignoring mainstream public opinion in favor of placating the radical Left.”

Until recently, Biden and the majority of Democrats supported the Hyde Amendment.