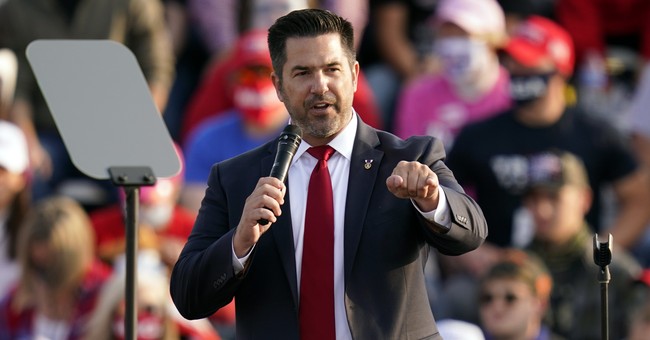 In a glowing editorial, the board highlighted Rep. Lamb’s faux-moderate record during his time in the U.S. House; Rep. Lamb flipped the 17th district’s seat in the 2018 midterm election, by nine points, while running a campaign based on “bipartisanship” and opposition to Speaker Pelosi.

“Is Conor Lamb a moderate? That’s clearly what the district wants, because that’s how Mr. Lamb presented himself in 2016 and has again in 2020. He famously promised not to vote for Ms. Pelosi as speaker. He didn’t. But neither did he vote against her. That is Mr. Lamb in a nutshell. He’s smart, he’s clever, he’s a smooth politician. But is he authentic? Mr. Lamb has been in lockstep with his speaker and his party caucus. He has shown almost no independence, distance or skepticism. Labeling himself a moderate was smart marketing, but not much more than that,” the board wrote.

The board cited Parnell’s demeanor as unusual of a politician, and his clear love of country as assets he can bring to a hyperpartisan Congress.

“He [Parnell] is a warrior, he is fearless, a genuine war hero who had to win battles when he was greatly outnumbered. When you have had to fight, as an infantryman, for your life and the lives of your men, you are probably not going to quake at a House committee chair or whip...Sean Parnell, who is as open and direct as Mr. Lamb is contained, hates politics. He loves the country and is coming to love the 17th District. The district should vote for independent representation and give him the chance to serve.”

The district voted for President Trump by a slim margin in 2016 and is rated as “Lean Democrat” for next week’s general election. Pennsylvania is in play for the presidential race and is sought after by both parties.