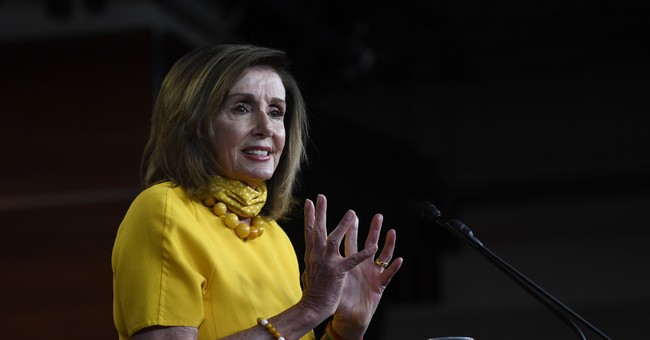 Speaker of the House Nancy Pelosi made an abhorrent comment about the GOP’s police reform bill, claiming that her Republican colleagues were “trying to get away with murder:”

“They're [Republicans] going to have to face the reality of police brutality, the rally for the need for justice in policing and the recognition that there are many, many, many good people in law enforcement – but not all – and that we have to address those concerns," Speaker Pelosi told CBS News. "And so, when they admit that and have some suggestions that are worthy of consideration, but so far they were trying to get away with murder, actually, the murder of George Floyd."

After receiving righteous backlash for her sentiment, Speaker Pelosi doubled down on her assertion that Republicans are “trying to get away with murder:”

Nancy Pelosi asked if she will apologize for her despicable comment that Senate Republicans are "trying to get away with murder, actually -- the murder of George Floyd."

The Democratic leader’s outrageous, and false, rhetoric is beneath that of a speaker of the House. In response to the death of George Floyd, Senate Republicans brought forth a monumental piece of police reform legislation and have continually asked Democrats to have a meaningful debate, in order to hopefully find legislative compromise. Republicans are leading the charge on police reform, in good faith, and Democrats are set to torpedo the effort rather than come to the table to discuss the issue.