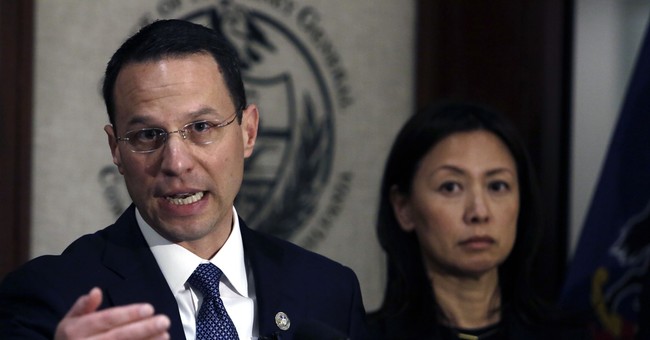 Pennsylvania Attorney General Josh Shapiro is taking a fight with the Trump Administration to the next level, filing an amicus brief in the United States Court of Appeals. Shapiro’s grievance regards the President’s move to roll back one of the Obama Administration’s most prominent and controversial regulations, the employer contraceptive mandate. The government ordinance required employers to subsidize contraception for female employees at no additional cost. Although there were ambiguous exceptions for religious affiliates who had objections to funding birth control, the Obama Administration was taken to court by religious non-profits over the far-reaching mandate, but the Supreme Court ultimately rejected the case.

Attorney General Shapiro joins his counterparts in fifteen other states who also filed briefs against the Trump Administration. Pennsylvania was one of the states to receive an injunction to get around the rollback last December.

President Trump expanded the exemptions, allowing virtually any employer to claim religious or moral objections to the mandate. The rollback was condemned as a detriment to women by Democrats and women’s health affiliates alike, claiming that the cost of contraception would vastly increase. These same groups rejected the GOP’s 2015 attempt to make birth control accessible over the counter, which would allow the ultimate accessibility and affordability. Rather than force employers to subsidize contraception, the rollback, centered around religious freedom and the free market, will let employers choose whether or not to cover contraceptives, allowing competition among companies.

Attorney General Shapiro’s legal fight adds on to the Left’s abundance of complaints on the Trump Administration’s reforms and supposed war on women, and will be heard by the Ninth Circuit of the Court of Appeals.