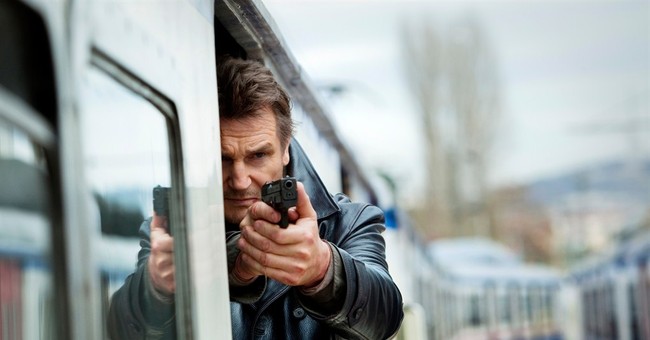 Speaking at DreamWorks Animation, President Obama reaffirmed his commitment to curbing gun violence by calling on the "responsibility" of the entertainment industry.

President Obama has pushed very strongly over the past year for stricter gun control legislation, but not even the regulation thought most likely to succeed - universal background checks - made it through Congress. As a result, he is turning to leaders in entertainment to avoid "glorifying" violence.

"We've got to make sure that we're not glorifying it because the stories you tell shape our children's outlook and their lives," Obama said.

"The stories we tell matter. And you tell stories more powerfully than anybody else on the earth," Obama said.

Nobody is arguing that children should be protected from excessive portrayals of violence. That principle underlies the legal age limitations on violent movies and video games.

Perhaps the ratings system that imposes those limits is in need of reform, but it is not up to Hollywood alone to protect America's children. After all, curious kids can secretly obtain access to depravity of all kinds in the Internet age despite the best hopes of their parents.

Although many agree that entertainment media influence real life gun violence, no scientific study has conclusively demonstrated causality between the two. It is hard to draw a direct arrow from Breaking Bad to a real-life, fully-grown murderer who watches it. There is only correlation.

(There is also no reason to definitively conclude that gun violence is different from other types of violence depicted in the media (see: Dexter), even in the case of mass murder.)

In the absence of certainty, it is more important than ever to emphasize personal responsibility and free agency.