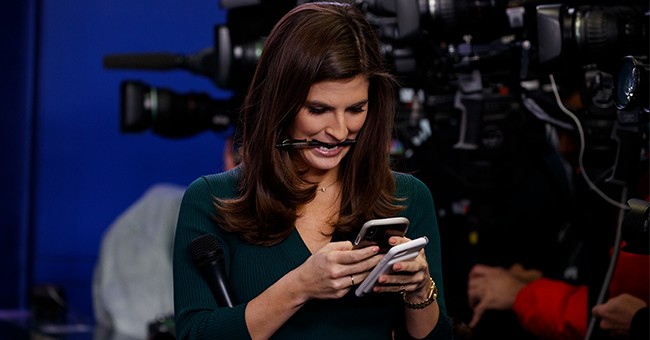 When it comes to fake or made-up news, most Americans blame politicians—not journalists—for creating a lot of it, have personally taken action to combat it including fact-checking sources and unfollowing friends who post it, and believe steps should be taken to restrict it, according to a fresh Pew Research Center survey.

A whopping 79 percent of this year’s survey respondents said steps should be taken to restrict made-up news and information intended to mislead the public.

But steps taken by whom, readers may wonder.

Unfortunately, the question failed to tap who respondents believed should take steps to restrict fake news. Further, available response categories were limited to “the freedom to publish and access it should be protected,” “steps should be taken to restrict it,” and “no answer.”

That 79 percent figure, then, could well include those who believe the onus falls on people or entities other than the government (e.g., consumers themselves, news organizations, social media platforms, search engines).

In a survey conducted in late February and early March of 2018, 58 percent of respondents opposed the idea of the government taking steps to limit freedoms, even if it meant the possible publication of false information.

Opposition to governmental restriction of false information online was about equal between Republicans/Lean Republicans (60%) and Democrats/Lean Democrats (57%) at the time.

Though Americans’ current sentiments on whether and who should take steps to squash fake news were murky, their feelings about fake news in general were not.

Half of Americans see made-up news as a “very big problem in our country today.” For context, only about 1 in 3 see terrorism as a very big problem, and even fewer—about 1 in 4—see sexism that way.

Despite Americans’ belief that made-up news has had a detrimental impact on the country’s democratic system, a plurality also believe that they are better than the Average Joe or Joanna at detecting several forms of it.

Sixty-three percent say they find it easy to recognize made-up news and information. Even more, 78 percent and 77 percent, are confident in their ability to recognize satire and one-sided factual information, respectively. Far fewer, 53 percent, trust themselves to ferret out videos and images that are altered or made up.

Though Pew’s survey shows that Americans clearly see fake news as problematic, they harbor no Pollyanna notions about being freed from it any time soon.

Only 1 in 10, according to Pew’s data, think the fake news situation will improve.