NFL Hall of Famer Speaks Out About Protests 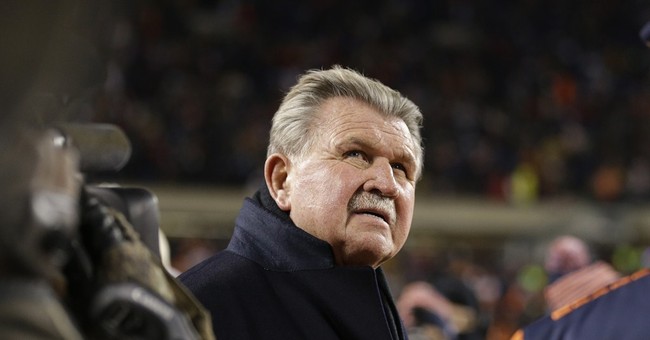 There are a handful of NFL players still kneeling during the national anthem, and Mike Ditka, a Hall of Fame tight end and former Chicago Bears head coach, is having none of it.

On Monday, Ditka, during a phone interview with Westwood One's Jim Gray, wasn't shy about sharing his thoughts on the hotly debated topic. The NFL legend touched on the subjects of race, oppression, and showing respect and pride for the flag and country.

Coach Ditka believes as Martin Luther King, Jr. did, and as a majority of Americans now believe, that people should not be judged by the color of their skin but by the content of their character.

"I think that you have to be color blind in this country. You've got to look at a person for what he is, what he stands for, and how he produces," he said.

Ditka went on to voice a sentiment held by many football fans, adding, "I don't care who you are, how much money you make. If you don't respect our country, then you shouldn't be in this country playing football. Go to another country and play football."

What would Coach Ditka do if his players disrespected the flag and anthem? It's safe to assume they wouldn't be on the team for much longer.

"If you can't respect this flag and the country, then you don't respect what this is all about. So I would say, adios," Ditka stated.