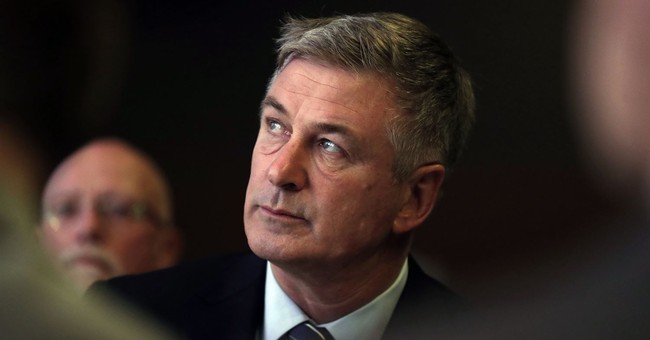 Did this man think we just forgot about his fatal on-set shooting fiasco? He must have because he offered some unsolicited commentary about workplace safety. Alec Baldwin saw the viral video of the brawl at Newark Liberty International Airport. Former Broncos wide receiver Brendan Langley got into a tussle with a United Airlines employee at the baggage check-in counter. Langley is being charged with assault. The United worker has been fired.

I guess Baldwin thought this was the time to post a comment saying, “The guy working at the airport is the victim. He came to work to do a job. The other guy, with his big mouth, is guilty of workplace abuse, where people come to work with an expectation of safety, even civility. This a**hole who hit this guy should be put on a no-fly list."

Alec Baldwin is weighing in on workplace safety -- not on a film set -- but at the airport, where a brutal beatdown occurred between a passenger and a United Airlines employee. https://t.co/vCKPCxExdH

Excuse me, sir? You shot and killed a woman. Baldwin was engulfed in controversy on the set of his new film “Rust” last October. During a break in between filming the western, he was practicing a stunt with a prop gun which he thought was safe. The “cold gun” was not checked by the actor which is what he should have done. He pointed and fired, hitting cinematographer Halyna Hutchins and director Joel Souza. Hutchins died from her injuries. The film was beset with a series of issues including the entire film crew walking off the day of the accident reportedly due to poor workplace conditions and lack of pay. Baldwin says he didn’t pull the trigger. Assistant director Dave Halls backed that claim—but the incident was not recorded and Halls’ track record for workplace safety is reportedly abysmal. Not sure his word is worth anything.