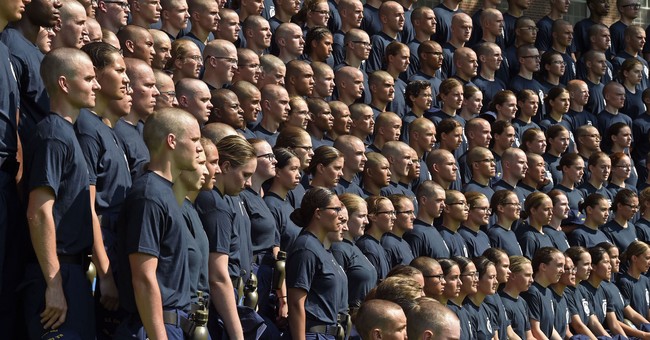 At least someone had the courage to say it. Not many on the Left have the chutzpah to deliver a tough-love lecture to their own side. Shooting inside the ship isn’t popular. In liberal America, it could end you, or at the very least put you on the progressive enemies list even if you hold very liberal views. Any deviation is viewed as treason. Disagree with one little thing and you might as well be a Republican in liberal land. Yet, Sam Adler-Bell appears to be unable to keep his mouth shut and wrote in New York magazine that the Left’s obsession with disinformation and fighting it is just a means for them to avoid self-introspection. It’s an escape hatch from which they can lie to themselves and feel good about their state of being. As we’ve noted ad nauseum for years, a lot of American liberalism is based on what’s trendy and what feels good. Screw facts. I feel that I have the better position, conservatives are evil, and therefore, I am right. That’s the Left in 2022. There is no room for debate. It’s why silly ideas like college debt forgiveness become major action items. Did they ever consider how 75 percent of the country, who don’t have higher education degrees, would feel about bailing out lazy and entitled white woke women who don’t get that 22-year-olds don’t get high six-figure salaries out of college? The working class will be forking over money to the privileged in this exchange, the elite. The Left’s response is to mock most of the country for being ‘uneducated.’ It’s their fault they’re without degrees. Again, this mindset is how we get the Biden administration telling people to just buy an electric car which is akin to telling a homeless person that they could solve their predicament by…buying a house.

The Left has become illiberal, immoral, unhinged, and all-around gross and weird. There is nothing relatable about the Left—nothing. It’s a bunch of rich, white, woke, and shrill urban-based professional elites who don’t know real people. When confronted with their faults, it’s disinformation. When Biden has trash poll numbers, it’s disinformation. It’s what’s at the core of this failed thought police initiative by the Department of Homeland Security. Now, it could come back, but with the resignation of its czar, Nina Janowicz--it's defunct for now (via Fox News):

Author Sam Adler-Bell began his article with some skepticism towards the Washington Post’s recent assessment that a coordinated attack shut down the board in which "far-right influencers attempt to identify a target, present a narrative and then repeat mischaracterizations across social media and websites."

The author admitted he sees the importance of "smart people" looking at how "the architecture of social media facilitates and incentivizes witch hunts and the dissemination of hateful, dishonest content," but clarified, "I don’t think it requires any great leap of conspiratorial thinking to find fault with a disinformation board under the aegis of the DHS."

Adler-Bell also wondered, "Would Jankowicz’s office have been empowered to counter ‘disinformation’ coming from her own department? Or only from those criticizing it?"

Adler-Bell continued, hitting liberals even harder: "But the other pernicious problem with liberals’ fixation on ‘disinformation’ is that it allows them to lie to themselves."

The author said, "’Disinformation’ was the liberal Establishment’s traumatic reaction to the psychic wound of 2016. It provided an answer that evaded the question altogether, protecting them from the agony of self-reflection."

You need to reach actual people. You need white working-class voters—who number in the tens of millions—and you need to not treat those who don’t agree with you like proto-Nazis. The Left might have screwed themselves for years doubling down on focusing just on winning nonwhite voters, LGBT, and single, college-educated women. Wealthy white liberals, Biden’s biggest supporters, filled the war chests to the max. Their phone calls will be returned at the expense of the legions of nonwhite voters who have been voting for Democratic for years. These nonwhite voters aren’t as ideologically rigid. Wealthy whites taking over the Democratic Party agenda might have disastrous results. The Left’s repulsive attitude is causing Hispanic voters to flee to the GOP. Hispanic voters are a diverse group. Tejanos consider themselves white. They’re not gung-ho about abortion. They’re worried about the economy. They’re not happy about inflation. And the southern border is totally out of control. Democrats want to do the exact opposite of what these people want on key issues. Oh, and being pro-amnesty/pathway to citizenship isn’t really an election winner dividend, left-wingers. It barely breaks 50 percent and it’s remained that way for decades. David Shor, a liberal, has fired multiple warning flares about the current state of Democratic politics. In all, he said that his side has lost the ability to moderate, reach out, and find action items that appeal to a large swath of voters, not just their elitist (and snobby) friends who also shop at the same Whole Foods.

The truth is that Hillary Clinton was beaten in 2016. It happens. Get over it.

Also, most of your agenda, the one that Biden is trying to get passed, is a pile of hot garbage that no one wants. Again, circling back to the Left’s inability to communicate anymore. It also doesn’t help when the leader of your party, Biden, is truly lost mentally. Oh, and the GOP still has a learning curve here too—believe me. In 2012, the party was truly lost in the wilderness.

Biden is bad. The Democrats are bad. They’re going to lose in November. And Joe is a one-term president. That’s not disinformation. That’s a fact.