Should We Be Worried That Bill Barr Is Going to Cooperate with the January 6 Commission...Allegedly? 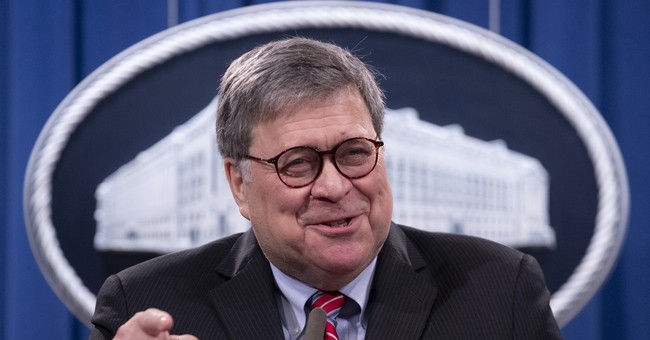 Well, it’s here. It’s done some work. It’s still annoying as ever, and it’s the only thing Democrats have left. The House January 6 Select Committee is going to have primetime hearings starting in June—we should all kill ourselves by the way. And now, they have a new figure who is willing to cooperate. Former Attorney General William Barr is reportedly agreeing to sit down with the committee (via Axios):

President Trump's attorney general Bill Barr is in active discussions with the Jan. 6th investigative committee to appear for a formal transcribed interview, according to two sources with direct knowledge.

Driving the news: Barr is likely to cooperate with the committee, according to a source familiar with his thinking.

Tim Mulvey, a spokesman for the Jan. 6 committee, declined to comment.

What we're hearing: No firm decision has been made by the committee on whether to invite Barr to appear in the public hearings that begin in June.

He’s a former AG. When Congress asks for his help in a legal matter, he might feel duty-bound. That’s Barr to a tee. Is it a betrayal? I’m sure many will see it as such, but Donald Trump Jr. has given testimony to this committee. Former Trump White House Chief of Staff Mark Meadows handed over texts. Those two are much bigger fish in terms of the whole January 6 riot than Barr—and they got nothing from them. Nothing. The texts were a fiasco. The ones peddled as smoking guns by Democrats were virtually fabricated or misrepresented. The story died within days. If there was anything significant, we would still be talking about it. We’re not. So, no—I’m not worried about Barr. Let him talk. Let them all talk because we all know what the goal is regarding this pathetic little congressional exercise: preventing Trump from running again. The man did nothing wrong. Trump did nothing wrong. He didn’t orchestrate the riot. There was no conspiracy.

They’re not going to indict and convict Trump on insurrection or for inciting a riot. If the evidence existed and was ironclad, this would have already happened by now. The circus is still in town with this little committee, but you don’t have to go. Just ignore it. At this point, it’s just a group therapy exercise for the Left. It’s a means to stroke their moral superiority complex and carves out a space for them to nurse their anti-Trump obsession.

Let them talk. Let whoever wants to cooperate speak with them.

Stay calm, folks. This annoying committee will be gone if things go well in November.