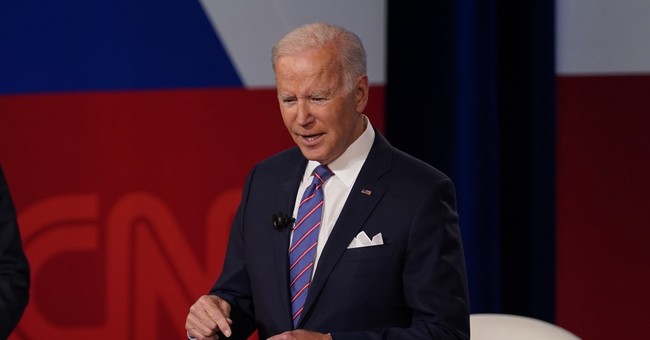 It's another boomerang hit to the face for liberal America. The narrative of walls not working has long been debunked. They do work. In fact, any fencing or fortification would do at this point since our southern border is bleeding like crazy. It's an invasion.

Our own Julio Rosas has been down there to document it for us. We've had consecutive months of 200,000-plus apprehensions at the border. That's who we know about. And now, we're going to cancel all outstanding border wall contracts because Joe Biden and his crew of incompetent clowns don't want to piss off Rep. Ocasio-Cortez and her squad. It's pathetic. Not only that, but the Department of Homeland Security is spending some serious money fortifying Biden's beach house (via NY Post):

The southern border with Mexico is seeing the highest levels of illegal border crossings in 35 years, but the Department of Homeland Security has found one access point it can shore up — doling out $455,000 to a Delaware construction company for a fence around President Biden’s “Summer White House.”

In September, the department awarded a contract of $456,548 to Turnstone Holdings LLC for “PURCHASE AND INSTALLATION OF SECURITY FENCING AT 32 FARVIEW, REHOBOTH DELAWARE,” according to USAspending.gov, an online database tracking federal government spending.

The DHS is listed as the main awarding and funding office of the contract while the US Secret Service is listed as the subagency. Additional information and details about the fence have not been publicly released.

For security reasons, the Secret Service declined to discuss their “protective means and methods” with The Post when asked for comment.

DHS did not immediately respond to The Post’s inquiry about the contract.

So, they do, or they don't work? We're back to this question again.

Liberals seem to think that a massive barrier wall, or any fortification, is useless against illegal aliens who have somehow acquired superpowers to walk through these obstacles, whereas they're perfectly fine to protect a summer residence. Walls can't stop people, but they can protect buildings. Does that make sense to you? Of course, not. It's liberal drivel as usual.

They're canceling the wall contracts because they did work, and Democrats want as many illegals here as possible so they can make the case of a huge amnesty bill that will get millions on the citizenship track to vote for Democrats. Maybe a few in this hypothetical amnestied bunch will come to DC as members of Congress. It's how they increase power. It's what they've been doing for years.

Walls don't work, except when it comes to protecting Biden's property. That's a new one.