Seattle School: Halloween Parade Has Been Canceled Because Nonwhites Might Feel Marginalized 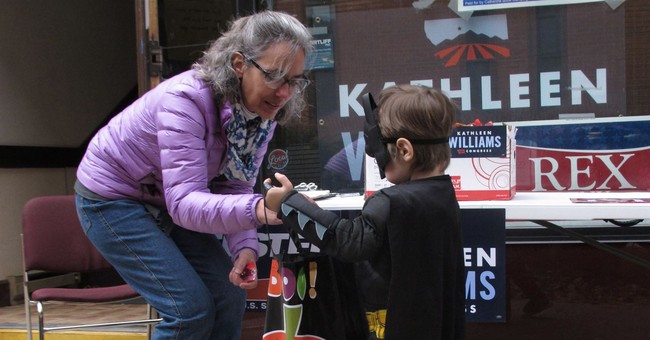 I remember the good ole days when Halloween wasn’t considered a frontline battle in the ‘woke’ wars. Well, at one school, it has become a problematic holiday because blacks and other nonwhites might feel marginalized. I’m not kidding. That’s why they’re nixing the pumpkin parade. They also added some more nonsense about how it can be loud and distracting. What in the fresh hell is this? There's a part of me that thinks the school legitimately feels the holiday is problematic, but some parts of the statement read as if the faculty was just too lazy to decorate. Oh, this is all happening in the Left Coast state of Washington. I know—totally shocking, right (via Breitbart):

A Seattle elementary school has canceled its Halloween “Pumpkin Parade” because the school district says black males do not celebrate the holiday and feel marginalized by it.

Conservative talk host Jason Rantz, of The Jason Rantz Show on 770 KTTH, wrote at mynorthwest.com Wednesday that parents of children attending Benjamin Franklin Day Elementary (B.F. Day) School received a newsletter from the school on October 8, telling them the annual “Pumpkin Parade” event had been canceled.

“As a school with foundational beliefs around equity for our students and families, we are moving away from our traditional ‘Pumpkin Parade’ event and requesting that students do not come to school in costumes,” the school stated in the newsletter, adding:

Halloween events create a situation where some students must be excluded for their beliefs, financial status, or life experience. Costume parties often become an uncomfortable event for many children, and they distract students and staff from learning. Large events create changes in schedules with loud noise levels and crowds. Some students experience over stimulation, while others must deal with complex feelings of exclusion. It’s uncomfortable and upsetting for kids.

Yes, I agree this event marginalized our students of color. Several of our students historically opted for an alternate activity in the library while the pumpkin parade took place. This was an isolating situation and not consistent with our values of being an inclusive and safe place for all our students – especially students of color and those with a sensitivity to all the noise and excitement of the parade.

There’s a whole bunch of BS at this school. They say that black people can’t afford costumes. Yeah, that's ridiculous. Breitbart did quote an Asian parent, David Milkin, who didn’t hold back calling the cancellation of the Halloween event as an “exercise in affluent white vanity that is wokeism.”

“I don’t see any way in which this actually addresses any inequities to the extent that there are any inequities,” he added. “You know, this just seems like grandstanding on behalf of the principal and the staff who are predominantly white.”

Yep, it’s always the white liberals who have this insatiable need to speak for…people of color. As if anyone asked them to be their guardians in the first place.

I would hope level-headed liberals would see this war on Halloween as idiotic.

Also, the black students at my school didn’t get offended when I wore this back in the day:

*We’re a Republic, I know—just using the Left’s lexicon here when they discuss this nonsense