Is This a Joke? That's Who Biden's State Department Spox Declared Was Our Greatest National Security Threat? 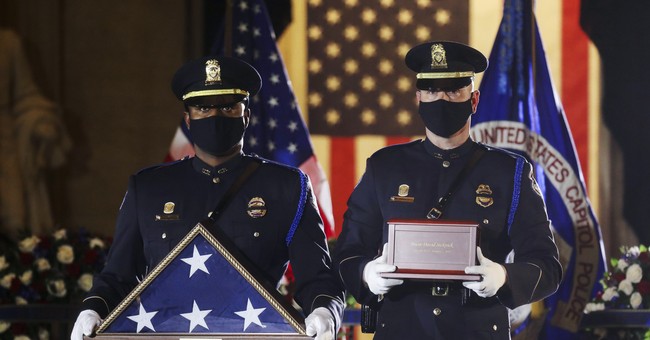 The Biden administration sure knows how to pick top folks with regards to articulating the foreign policy of this White House. I’m kidding of course. If these are the people getting key communications positions, then we’re in serious trouble. It’s no shocker that Uncle Joe is a hard-core liberal and will govern as such. Look at his legislative action items, his staff, his picks—they’re all the moves of the lefty. We knew this from the get-go. For the suburban voter who was simply too lazy to ready up about this, well—you own it. Take Jalina Porter, who has recently accepted a position as a deputy spokesperson for the State Department. Oh, and she thinks that the greatest national security threat we face isn’t from radical Islamic terror groups, white nationalists, Trump supporters, or even climate change. It’s the police (via Washington Free Beacon):

The State Department’s newly installed deputy spokesperson, Jalina Porter, said in a 2016 Facebook post that the "largest threat to U.S. national security are U.S cops," according to a screenshot of the post obtained by the Washington Free Beacon.

"The largest threat to U.S. national security are U.S. cops," wrote Porter, who was recently tapped by the Biden administration to serve as State Department spokesman Ned Price’s deputy. "Not ISIS, not Russian hackers, not anyone or anything else."

Porter’s comments were made on Sept. 20, 2016, and appear to be in reference to video footage released that day of an unarmed black man being shot by police officers in Tulsa, Oklahoma. "An unarmed Black man takes a knee for justice, bigots riot," she wrote in the post. "An unarmed black man (with his hands raised) takes a bullet and dies, these same bigots are silent. Explain this to me, please."

Of course, the Free Beacon’s request for comment was ignored. It’s ridiculous but not entirely shocking. The far left, which will dominate this administration, hates cops. They want to defund police departments. They spit in their faces as leftist thugs burned down half the country last summer. It’s not a good time to be a police officer. Everyone is out to get you. It’s also one of the few remaining jobs where people without college educations can get good pay and benefits. I think that partially has a lot to do with the hatred of police. It’s an employment opportunity where working-class people can work their way into the middle class without a college degree, which is the be-all and end-all with liberals. It’s why a lot of anti-police rhetoric is bound to backfire eventually, as suburban voters are fond of law and order and working-class folks see this as just another way for the elite to denigrate them. Well, what better way of doing that than saying you’re a larger threat to national security than al-Qaeda.