Let the word go forth: kids don’t get it and they don’t spread it. Also, don’t watch MSNBC or CNN. Actually, you should watch MSNBC which compiled multiple pediatricians who said it was time to get kids back to school. Yes, it seems the experts are actually supporting President Trump’s position that schools should re-open in the fall. MSNBC host Craig Melvin’s face at the end of all of these doctors pretty much dispelling the COVID panic porn being peddled by the national media. You’d think sending your kids back to school would be a death sentence. Granted, the experts have been wrong before, and this group of people has peddled some absolute garbage advice regarding this virus. The best being that everyone else must stay inside now, unless you’re gathering to conduct a mass Black Lives Matter protest because, you see, issues of moral urgency makes the virus non-transmittable in these settings. So, what to make of this? The best part is that liberals who shovel down the propaganda by the liberal media probably either ignored this segment or refuse to believe it was real.

“Yes.”
“Absolutely.”
“Without a hesitation.”
“I have no concerns…”
@realDonaldTrump is right: We can safely send kids back to school! pic.twitter.com/e3q5LxcA35

Pediatricians "Absolutely" Would Send Children Back To School In Fall, "Without Hesitation" https://t.co/chGq5Zs8Gc

Still, the evidence is piling up that kids don’t get it and don’s spread. Over to the University of Vermont, which noted that kids rarely transmit the virus, which isn’t as lethal as the seasonal flu, albeit safety guidelines should be followed: (via UVM) [emphasis mine]

A commentary published in the journal Pediatrics, the official peer-reviewed journal of the American Academy of Pediatrics, concludes that children infrequently transmit Covid-19 to each other or to adults and that many schools, provided they follow appropriate social distancing guidelines and take into account rates of transmission in their community, can and should reopen in the fall.

The authors, Benjamin Lee, M.D. and William V. Raszka, Jr., M.D., are both pediatric infectious disease specialists on the faculty of the University of Vermont’s Larner College of Medicine. Dr. Raszka is an associate editor of Pediatrics.

The authors of the commentary, titled “COVID-19 Transmission and Children: The Child Is Not to Blame,” base their conclusions on a new study published in the current issue of Pediatrics, “COVID-19 in Children and the Dynamics of Infection in Families,” and four other recent studies that examine Covid-19 transmission by and among children.

In the new Pediatrics study, Klara M. Posfay-Barbe, M.D., a faculty member at University of Geneva’s medical school, and her colleagues studied the households of 39 Swiss children infected with Covid-19. Contract tracing revealed that in only three (8%) was a child the suspected index case, with symptom onset preceding illness in adult household contacts.

In a French study, a boy with Covid-19 exposed over 80 classmates at three schools to the disease. None contracted it. Transmission of other respiratory diseases, including influenza transmission, was common at the schools.

In a study in New South Wales, nine infected students and nine staff across 15 schools exposed a total of 735 students and 128 staff to Covid-19. Only two secondary infections resulted, one transmitted by an adult to a child.

“The data are striking,” said Dr. Raszka. “The key takeaway is that children are not driving the pandemic. After six months, we have a wealth of accumulating data showing that children are less likely to become infected and seem less infectious; it is congregating adults who aren’t following safety protocols who are responsible for driving the upward curve.”

Rising cases among adults and children in Texas childcare facilities, which have seen 894 Covid-19 cases among staff members and 441 among children in 883 child care facilities across the state, have the potential to be misinterpreted, Dr. Raszka said. He has not studied the details of the outbreak.

“There is widespread transmission of Covid-19 in Texas today, with many adults congregating without observing social distancing or wearing masks,” he said. “While we don’t yet know the dynamics of the outbreak, it is unlikely that infants and young children in daycare are driving the surge. Based on the evidence, it’s more plausible that adults are passing the infection to the children in the vast majority of cases.”

Trump supports reopening schools, so you can bet two things will happen. The media will frame him as wanting kids to die, which is very transparent since that’s exactly what the media wants to happen. Hell, they’re jacked up on all these new cases, hoping for an increased death toll. They want more people to die, and if kids are included, the better chances there are to boot Trump from office. It’s horrific. It’s nasty, but that’s the national media. They’re enemies of the people, hoping to keep up afraid. The other end of this panic is to ensure there’s a reason to cancel the upcoming presidential debates. Joe Biden doesn’t know where he is, he’s mind is being eaten by worms, and he wouldn’t last two seconds against Trump. One bad debate can torpedo these supposed polls showing him in good standing with voters. The Democrat-media complex needs a reason to make a case to end the debates, and that would be children dying by the fistful from COVID, despite lack of evidence that they get it, die from it, or spread it. Parents will make their decisions of course, as they should, but ignore CNN’s panic room echo chamber. If the media had their way, we’d all be welded shut in our homes, except for Antifa, where tens of millions more would lose their jobs, the economy would be trashed, and we wouldn’t be allowed outside until nothing could hurt us. Luckily, we can simply tune out these clowns. 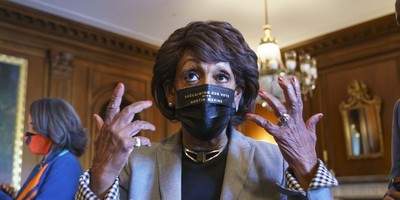