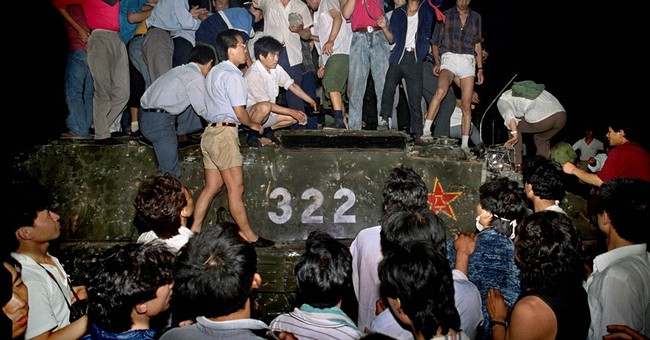 Today is June 4th. For many, it’s like any other ordinary day. For history buffs, it’s a day closer to commemorate the June 6thD-Day landings during World War II, which marked the start of the Allied offensive into mainland Europe and the beginning of the end of Nazi Germany. The great campaign to finally destroy the racist and authoritarian government led by Adolf Hitler had begun. Maybe it is well that these two dates fall together. D-Day memorializes the brave souls who died for the principles of freedom, and to reestablish such freedom in Europe and around the world. The other date in June, on this day, marks the 30thanniversary of the bloody Tiananmen Square crackdown. The juxtaposition of these two dates cannot be ignored. Before we take into account the 75thanniversary of Operation Overlord, which President Trump will observe in his oversees trip to the UK, which is occurring as we speak, let us not forget the thousands of victims who died to bring freedom to China.

The Victims of Communism Memorial Foundation will be holding a rally at the Capitol today at 1:30 P.M. To this day, China does not even acknowledge that such a brutal act of suppression occurred. It’s part of the ongoing campaign of suppression and brutality that marks China’s dismal history on human rights. We all know the truth, folks. The nation’s security forces brutalized protestors at the square; there are reports that people were run over with tanks. In all, estimates have the death toll circling around 10,000 people, based on British intelligence reports (via BBC):

The Chinese army crackdown on the 1989 Tiananmen Square protests killed at least 10,000 people, according to newly released UK documents.

The figure was given in a secret diplomatic cable from then British ambassador to China, Sir Alan Donald.

The original source was a friend of a member of China's State Council, the envoy says.

Previous estimates of the deaths in the pro-democracy protests ranged from several hundred to more than 1,000.

China's statement at the end of June 1989 said that 200 civilians and several dozen security personnel had died in Beijing following the suppression of "counter-revolutionary riots" on 4 June 1989.

Victims of Communism Memorial Foundation’s executive director, Marion Smith, had this to say on the 30thanniversary of bloody Tiananmen:

"Thirty years ago, China’s so-called ‘People’s Liberation Army’ murdered thousands of its fellow citizens who dared to protest for democracy and against corruption in Tiananmen Square. An opportunity to reform China's communist system in favor of the Chinese peoples' rights was extinguished. On June 4 we gather to remember the sacrifices of those brave Chinese students and workers from 1989 and others around the world who have tried to keep their memory alive. It is our duty to make sure they did not die in vain. We have inherited their struggle, even as Xi Jinping has inherited leadership of the guilty Party. Today, as many as two million Uighurs languish in Chinese prison camps just for having practiced their faith. At home, more and more Americans are beginning to see the People's Republic of China for what it is--an unreformed communist dictatorship that tramples on human rights inside of China and threatens international peace abroad. To sit by in the face of such travesties is to betray the memory of Tiananmen’s victims and our own national interest as Americans. Instead we must continue their fight, serving as their voice and applying maximum pressure to Beijing to reform."