This Air Force Veteran Started A GoFundMe Campaign For Trump's Wall...And Raised How Much Again? 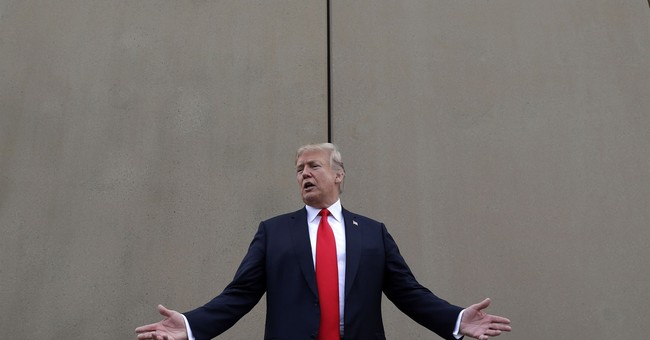 Well, there could be a government shutdown this week, or not. Either way, whatever is cooked up on the Hill; there will be probably be no wall funding. The Senate has put forward a stopgap measure will fund the government until February, but we don’t know what the president is going to do. Still, there have to be mounting frustration over the lack of progress with regards to the wall, a key and must-do action item for the administration. It formed the cornerstone of his 2016 campaign. So, with no wall, one Air Force veteran decided to take matters in his own hands, starting a GoFundMe campaign that amassed over $500,000 in two days (via Daily Mail):

A Florida Air Force veteran has raised over half a million dollars to build President Donald Trump's promised border wall.

Triple amputee Brian Kolfage, 37, created the GoFundMe account titled We The People Will Fund The Wall Sunday, and in two days has already raised over $500,000 of its $1billion goal.

'It's up to Americans to help out and pitch in to get this project rolling,' the page reads. 'If the 63 million people who voted for Trump each pledge $80, we can build the wall.'

Trump is demanding $5billion to build the southern border wall with Mexico, and is threatening to shut down the government if he can't get the funding.

The married father-of-two lost both legs and his right arm in a 2004 insurgent attack in Iraq.

'Too many Americans have been murdered by illegal aliens and too many illegals are taking advantage of the United States taxpayers with no means of ever contributing to our society,' it continues.

Kolfage says his grandparents immigrated to the US legally, adding, 'they did it the correct way and it's time we uphold our laws and get this wall BUILT!'

As of today, it surged passed the $1 million dollar mark. You can donate hereif you wish.