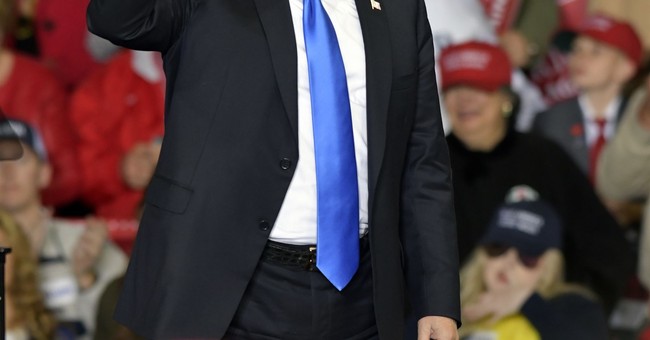 We’re not even done with the 2018 election cycle, but news networks and Democrats are already talking about 2020. Expect that to increase astronomically if the Democrats have a good election night. With less than 30 days to go, the polls for the House continue to shift, and it could be a long night on those races, though the chances for Democrats to retake the Senate now looks like this year’s electoral unicorn.

So, now that we’re on the 2020 discussion, two things have happened. Former Vice President Joe Biden is a top contender for the Democrats’ 2020 field, and more voters now say that they see Donald J. Trump winning a second term and keeping America great. CNN contributor David Gergen and The Atlantic’s Ronald Brownstein discussed what lies ahead for the Left. Gergen said that it’s key for the party out of power to have a message and an agenda when they come out of the wilderness; the Democrats don’t have that. Brownstein noted that there are still a lot of obstacles for Democrats outside of their urban bases of support.

We have an electoral system that requires geographic diversity to win. You can't do that by just winning the cities, especially in House races and state legislative races, which are more important since controlling those seats decides congressional maps.

The Democrats' message so far is ‘we hate Trump.’ Okay—how will you improve the economy? We’ll raise taxes. Well, there’s a hurdle right there, and we haven’t even gone into how the House committees are going to go insane with their investigations into Trump’s taxes, the Russian collusion nonsense, voter ID laws, and Supreme Court Justice Brett Kavanaugh. It’s going to be madness, a do-nothing Congress—though something that Trump could definitely run on in 2020.

This is perfect punching bag material for the president. I’m trying to keep the economy growing while they want to obstruct and see if my campaign colluded with the Russians, for which there is still zero evidence to substantiate that allegation. It’ll be a clown show. And if there’s one thing we’ve seen from Democrats as of late when it comes to fighting this White House is that they overreach—badly.

In the end, with the Democrats hamstringing the superdelegates, it’s quite possible that a full-blown circus erupts during their primaries. Besides Biden, no one really knows about Booker, Harris, or Gillibrand. Their name recognition is geographically rigid, Booker is like a discount version of Obama, Bernie-ites don’t like Harris, and Biden, while a threat to Trump’s white working-class voter base, is seen as yesterday, old, and possibly not left-wing enough. We’ll see. For now, let’s focus on 2018, but 2020 isn’t looking too bad for Trump.

Former Vice President Joe Biden leads a crowded field of potential 2020 Democrats, according to a new poll from CNN and SSRS.

One-third of Democrats and Democratic-leaning independents polled selected Biden as their choice to take on President Trump in 2020.