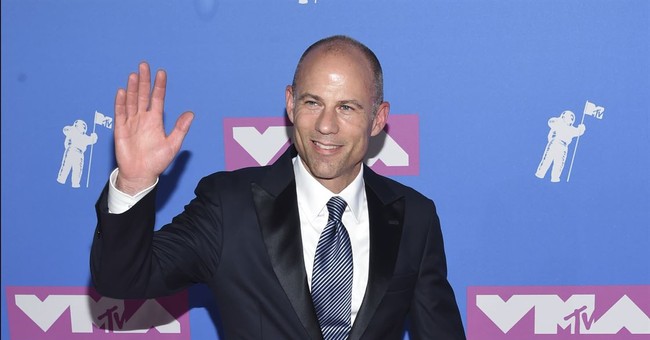 The attorney for Stormy Daniels announced…that he will speak next month at an annual Democratic dinner in northern Iowa and said he will attend party fundraisers in multiple states, stoking speculation about his presidential ambitions.

Michael Avenatti, who rose to prominence this year amid the legal fight between adult-film actress Daniels and President Trump, said on Twitter that he will be a speaker at the Iowa Democratic Wing Ding on Aug. 10 in Clear Lake, Iowa. The dinner is known for attracting White House candidates and those contemplating bids to a state that is considered one of the most important presidential proving grounds. Previous speakers include then-candidates Barack Obama, Hillary Clinton and Bernie Sanders.

“I look forward to speaking at the Iowa State Democratic Wing Ding next month. Extremely honored to be included as one of the speakers. It promises to be a great event as always!” Avenatti tweeted.

Reached by phone, Avenatti said he has been invited to speak at a “number of Democratic fundraisers” and plans to attend events in Iowa, Ohio, Pennsylvania and Michigan. He said he has been asked to stump for Democratic candidates in the midterm elections but would not say which ones.

He said he has not decided whether to formally launch a 2020 presidential bid.

IF (big) he seeks re-election, I will run, but only if I think that there is no other candidate in the race that has a REAL chance at beating him. We can't relive 2016. I love this country, our values and our people too much to sit by while they are destroyed. #FightClub #Basta

Michael Avenatti, the self-described potential 2020 contender and lawyer representing Stormy Daniels in her lawsuit against Donald Trump, is launching his own federal PAC to support Democratic candidates with “the size and the presence to really fight back and advocate from a position of strength as opposed to weakness.”

The organization, formed Thursday, will be called Fight PAC, he said in an interview here in between meetings at the Democratic Party’s annual summer meeting.

In the coming weeks, Avenatti said, he will begin making endorsements.

Fight PAC, which he noted will not take contributions from corporations, will also serve as a vessel for his continued political travel. This summer, the Stormy Daniels lawyer has racked up a list of visits to key primary states: He’s made two trips to Iowa, headlined a county picnic in New Hampshire, and keynoted a party dinner in Ohio.

Avenatti, 47, has become the Democratic media darling of the Trump administration. He appears almost daily on MSNBC. Democratic National Committee members here greeted him as a star. The political operative turned attorney presents himself as a candid, no-bullshit messenger in a party that lacks a clear “public voice,” he said.

While other potential candidates play coy when asked about 2020, Avenatti makes a point of stating in no uncertain terms that, yes, he is “seriously considering” a run.