Twitter: We Don't Shadow Ban Anyone, Okay...We Just Made Them Disappear 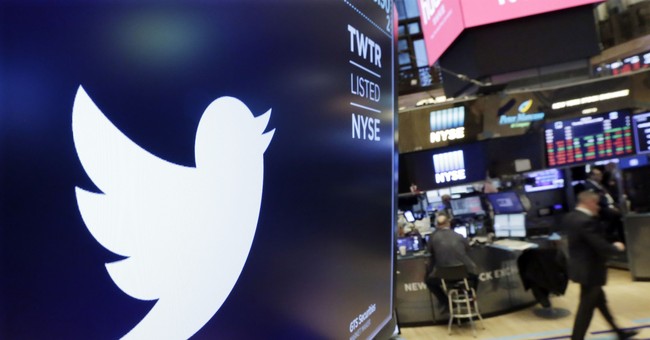 Twitter has finally responded to the allegations that they shadow banned prominent Republicans, like RNC chairwoman Ronna McDaniel, which has caught the attention of the Trump White House. The president tweeted that they will be looking into this practice, which has been a complaint from conservatives for years on social media. At the same time, while this is an issue, we have to admit that there are bigger fish to fry, like keeping this economic boom going, which is why we shouldn’t be waiting in anticipation. It was Vice News who first reported that when you search top Republicans on Twitter, nothing shows up. Twitter then fixed the issue early Thursday morning, but insists that no shadow banning occurred. Now, they’ve released a statement to explain the issue and insist that they didn’t shadow ban, even though it looks like they did just that[emphasis mine]:

I’d be very grateful if @twitter could point me to any instances where I violated terms of service.

People are asking us if we shadow ban. We do not. But let’s start with, “what is shadow banning?”

The best definition we found is this: deliberately making someone’s content undiscoverable to everyone except the person who posted it, unbeknownst to the original poster.

We do not shadow ban. You are always able to see the tweets from accounts you follow (although you may have to do more work to find them, like go directly to their profile). And we certainly don’t shadow ban based on political viewpoints or ideology.

We do rank tweets and search results. We do this because Twitter is most useful when it’s immediately relevant. These ranking models take many signals into consideration to best organize tweets for timely relevance. We must also address bad-faith actors who intend to manipulate or detract from healthy conversation.

OK, so there was a search auto-suggest issue. But what caused these Republican representatives to be impacted?” For the most part, we believe the issue had more to do with how other people were interacting with these representatives’ accounts than the accounts themselves (see bullet #3 above) [Tweets from bad-faith actors who intend to manipulate or divide the conversation should be ranked lower]. There are communities that try to boost each other’s presence on the platform through coordinated engagement. We believe these types of actors engaged with the representatives’ accounts-- the impact of this coordinated behavior, in combination with our implementation of search auto-suggestions, caused the representatives’ accounts to not show up in auto-suggestions. In addition to fixing search yesterday, we’re continuing to improve our system so it can better detect these situations and correct for them.

This is pretty much EXACTLY what shadow banning is. pic.twitter.com/CnYiGYYvKe

"We don't shadow ban, we just make you invisible on our platform!" pic.twitter.com/MqYV1ajiCM

This is a bizarre and incredibly disingenuous statement from @Twitter. What's the point of following someone if Twitter blocks their tweets from appearing in your time-line? Maybe that's not technically "shadow-banning" but it's heavy-handed manipulation https://t.co/OaHf6qQplF pic.twitter.com/QzyJSajY5S

"We don't shadow ban. We just hide someone's tweets even if you follow them unless you actively seek them out on the person's profile page."

Well, that settles it.

Yes, people are noting that the bold text is…exactly what shadow banning is. We don't shadow ban, says Twitter, but we make you disappear.  Also, how the last part regarding what caused GOP representatives to be impacted was “frustrating vague.” This won’t be the last time a shadow ban issue arises on social media. The company will deny, those impacted will remain skeptical, posts defending and attacking Silicon Valley’s liberal bias will flow, and then we repeat this cycle. It doesn’t make this any less serious, however. For now, let’s put this on the backburner because we’ve hit four percent economic growth for the quarter, something President’s Trump’s detractors said would never happen. Trump has a booming economy to keep feeding and a key midterm election ahead. These should be his top priorities right now. Twitter can wait.