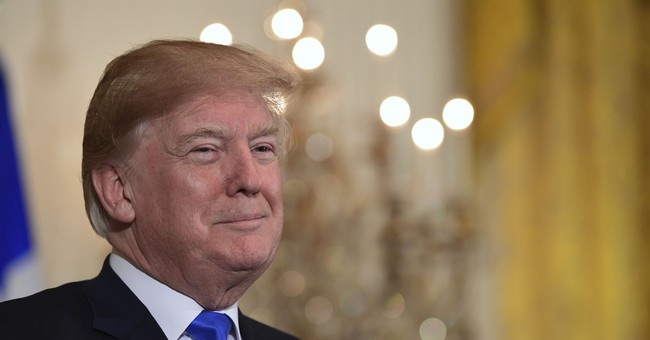 Well, the Trump tax bill has incentivized over 250 companies to dole out bonuses to over three million workers. The average bonus is $1,000, with some approaching $3,000. Consumer confidence is at record levels. Small business confidence spiked to record highs after the passage of the tax bill. The bill is a middle and working class tax cut, despite Democratic propaganda saying otherwise. Eighty percent of Americans, including 91 percent of those in the middle class demographic, will be getting a cut over the next eight years. The bill’s approval has clinched majority support—and that’s expected to increase as more good news comes from this legislation. It’s playing a part in the GOP closing the generic ballot gap as well. Oh, and there’s more good news: fourth quarter economic growth almost hit three percent (via CNBC):

U.S. economic growth slowed less than previously estimated in the fourth quarter as the biggest gain in consumer spending in three years partially offset the drag from a surge in imports.

Gross domestic product expanded at a 2.9 percent annual rate in the final three months of 2017, instead of the previously reported 2.5 percent, the Commerce Department said in its third GDP estimate for the period on Wednesday. That was a slight moderation from the third quarter's brisk 3.2 percent pace.

The upward revision to the fourth-quarter growth estimate also reflected less inventory reduction than previously reported. Economists polled by Reuters had expected that fourth-quarter GDP growth would be revised up to a 2.7 percent rate. The economy grew 2.3 percent in 2017, an acceleration from the 1.5 percent logged in 2016.

What can you say, Trump is making America great again.