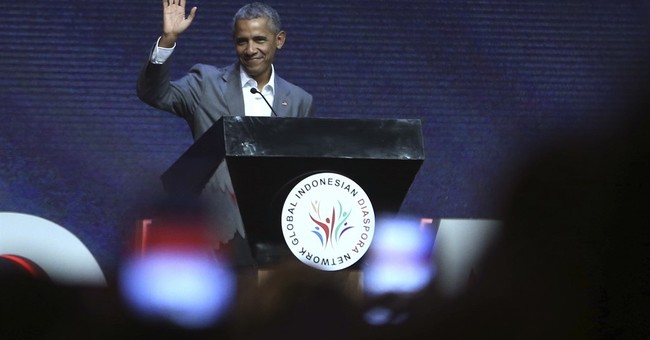 The Deferred Action for Childhood Arrivals program that originated under Obama is winding down. Liberals are freaking out—and Congress now has to deal with this as they return from August recess. The executive action has been controversial, with many making the argument that it’s an unconstitutional overreach from the White House on immigration policy. In fact, the Trump administration’s lawyers felt it was indefensible in its current form, while the Department of Homeland Security was adamant that an act of Congress was needed to keep DACA as it stands today. Sen. Tom Cotton (R-AR), along with Sen. David Perdue (R-GA), proposed the RAISE Act, which was one of the most extensive overhauls in our green card policy, placing an emphasis on language and skills requirements. It’s aimed to protect American workers. Now, with the fate of the so-called DREAMers in Congress’ court, there could be a window to pass the RAISE ACT, along with legalizing the 800,000 DACA recipients who are vulnerable to deportation. Cotton is certainly in favor of this, though reminded everyone on Hugh Hewitt today that DACA is one giant constitutional mess that was created by Obama and left in the lap of the Trump White House [emphasis mine]:

HUGH HEWITT: Senator, will you agree with me to stipulate to get this started, DACA is un-constitutional, and but for the President’s six month action, which adds a ripeness element, the state attorneys general who were about to challenge it would have been successful, in my opinion, and that the President did a favor to every DACA kid by giving a ripeness argument to every court to delay ruling it un-constitutional?

TOM COTTON: Hugh, those points are almost undisputable. President Obama created this mess. And it’s landed in President Trump’s lap and our lap in the Congress. The reason we know it’s unlawful is President Obama himself said it was unlawful in 2010 and 2011 when he was asked to take these steps and did not. But he did so in 2012 in the middle of his reelection. I don’t know if any capable and forthright lawyer who argues that the administration can defend this proposition in court. They certainly have weaker ground to stand on than President Obama did when he refused to defend the Defense of Marriage Act a few years ago in court. So it’s just not, this is all a mess of President Obama’s making.

HEWITT: And President Trump has done a favor to the Dreamers by giving a six month order which will cause courts to pause. Now the next question is will Democrats give up what they perceive to be a political advantage in having the Dreamers screwed to work with you and Senator Perdue and others to come up with a comprehensive bill that combines protections for DACA Dreamers with reform of immigration to make it more coherent?

COTTON: Well, Hugh, I certainly hope the Democrats will focus on the art of the possible here, what kind of agreement we can reach to achieve the President’s own stated goals. He has said repeatedly that he wants to “take care” of the DACA recipients. I have no objection to that. But we have to recognize there are going to be two negative consequences of that action. One, we create a new opportunity for citizenship through chain migration for their parents, the very people who violated the law by bringing them here as children in the first place. And two, we encourage other people around the world to bring their children here illegally. So we have to do something to stop chain migration. My bill does that, and we have to do something to enhance enforcement. That’s a very simple, logically-coherent legislative package. It’s not comprehensive reform. It’s not the Gang of 8 bill. It’s not trying to blow ocean. It’s trying to take the action that Democrats say they want, which is to give legal status to approximately three-quarters of a million of these people in their 20s and 30s while also mitigating the consequences of that action.

When asked about the prospects of Congress acting on legislation to reform immigration, Cotton was “optimistic,” while also saying he’s not just for blanket amnesty for the DREAMers.

“Hugh, I’m pretty optimistic. You know, the Democrats have said for years they want to give legal status to these people. The President says he wants to, but he also knows that we have to control the consequences of that,” said Cotton, “and there’s a very, like I said, logically coherent, straightforward, relatively small package that can be negotiated here. That’s what I’m going to work on. I’m not going to support just a blanket amnesty with nothing to control the consequences of it, or some kind of rebate Gang of 8 legislation. I’ll be an opponent of that.”