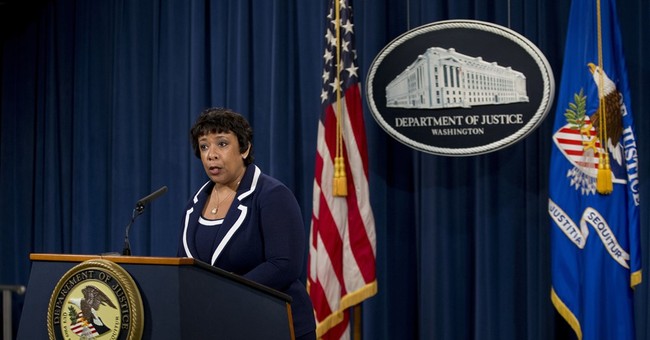 Katie has been reporting on the FOIA requests surrounding former Attorney General Loretta Lynch’s rendezvous with former president Bill Clinton in Arizona, just days before then-FBI Director James Comey announced on July 5, that no criminal charges would be pursued against Hilary Clinton concerning the use of her private email system while serving as secretary of state. Comey said no charges, but he did excoriate the former first lady and her staff for handling sensitive information with such negligence.

The meeting that took place prior to this announcement between the former president and Lynch was highly controversial, especially since they spoke for about 30 minutes for what they say was solely about grandchildren and golf. Given the proximity of this meeting and Comey’s announcement, there’s no way anyone would take this at face value. The optics were terrible. To make matters worse, sources told the New York Observer that Bill purposefully delayed departure to ensure a run-in with Lynch. Did he really want to talk about grandkids and golf that badly with the attorney general?

Katie wrote about the lawsuit filed by Judicial Watch against the Justice Department, which had refused to turn over documents on the matter. They finally released the papers, only to find that the talking points were redacted. Today, she wrote about how the DOJ went into panic mode over the media fallout from the meeting. Also, Ms. Lynch used the alias “Elizabeth Carlisle” when emailing DOJ press officers over this matter (via Daily Caller):

Using the pseudonym “Elizabeth Carlisle,” Lynch corresponded with DOJ press officials to hammer out talking points in response to media requests about the meeting. The tarmac encounter drew criticism from conservatives because Lynch was overseeing the federal investigation into whether Hillary Clinton mishandled classified information on her private email system.

The meeting was revealed not by Lynch, Clinton or the Justice Department, but by a reporter in Phoenix working based on a tip.

On June 28, a reporter with Phoenix’s ABC News affiliate contacted the Justice Department to inquire about the meeting. Internal DOJ emails show that the request touched off a mad-dash to develop talking points and statements to respond to the developing story.

Lynch, using the Elizabeth Carlisle account, which was hosted on the Justice Department’s system, was also involved in those discussions.

Lynch’s attorney, Robert Raben, confirmed to TheDC on Monday that Lynch emailed under that pseudonym. He pointed to an article published in The Hill last February in which the Justice Department acknowledged that Lynch was using an email handle that was not her given name.

The aversion to an overflowing email inbox was one of the defenses offered by Holder after his use of a pseudonym was revealed last year. Holder used the alias “Lew Alcindor” — the birth name of NBA legend Kareem Abdul-Jabbar — as his email handle until he left DOJ in 2015.

It’s not illegal for government officials to have such email accounts, though it undercuts the whole notion that the previous administration was transparent. It’s been anything but transparent. Also, we have two attorneys general using pseudonyms for email accounts and both have been embroiled in controversy, one for Fast and Furious, while the other had a suspicious meeting in the thick of a highly contentious election. We’ll keep you updated.