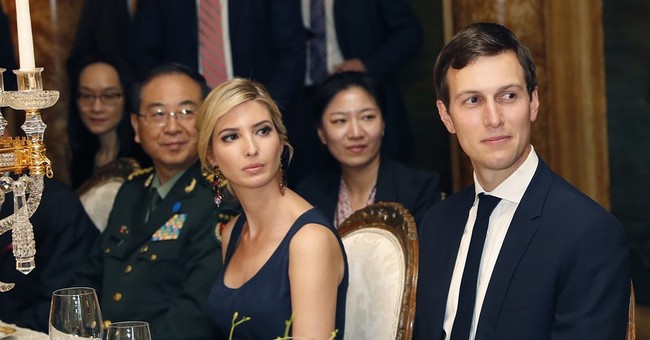 Special Counsel Robert Mueller is putting top Trump aide Jared Kushner’s finances under the microscope. Mr. Kushner, the president’s son-in-law, reportedly tried to establish a backchannel with Moscow and this meeting with Russian banker, Sergey Gorkov, might be part of it. At the same time, back channeling isn’t an alien concept in foreign relations. And Mr. Kushner has not been accused of any wrongdoing. Regardless, with Russia fever sweeping the D.C. elite, this review was probably inevitable (via WaPo):

Special counsel Robert S. Mueller III is investigating the finances and business dealings of Jared Kushner, President Trump’s son-in-law and adviser, as part of the probe into Russia’s interference in the 2016 presidential election, according to officials familiar with the matter.

FBI agents and federal prosecutors have also been examining the financial dealings of other Trump associates, including former national security adviser Michael Flynn, former campaign chairman Paul Manafort and Carter Page, who was listed as a foreign-policy adviser for the campaign.

The Washington Post had earlier reported that investigators were scrutinizing meetings that Kushner held with Russians in December — first with Russian ambassador Sergey Kislyak and then with Sergey Gorkov, the head of a state-owned Russian development bank. At the time of that report, it was not clear that the FBI was investigating Kushner’s business dealings.

As Mueller’s probe continues, Vice President Mike Pence has retained private counsel over this matter. His legal fees will not be expensed to taxpayers (via CNN):

Vice President Mike Pence has hired his own lawyer to represent him in the special counsel investigation and congressional inquiries into Russia's role in the 2016 election.

The lawyer, Richard Cullen, is a former Virginia attorney general and a former US attorney for the eastern district of Virginia. Pence interviewed several lawyers before selecting Cullen, who is based in Richmond.

The decision to hire Cullen has been in the works for weeks, aides to the vice president said. It follows President Donald Trump's decision to assemble a team of outside lawyers to represent him through the Justice Department special counsel's investigation of Russian meddling in the 2016 election.