Over The Line? Bill Maher Hurls Incest Joke About The President And First Daughter 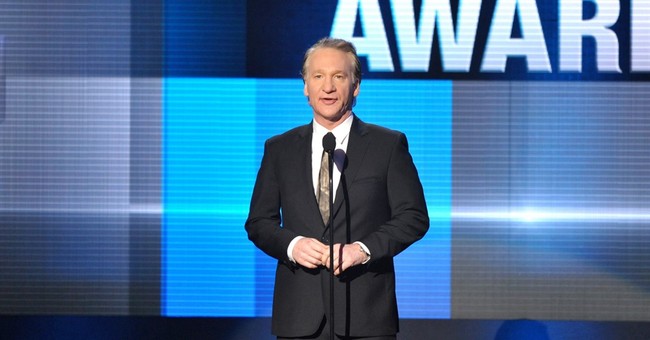 Comedian Bill Maher is usually right about Islamic extremism and free speech, but when it comes to Trump—some are saying he crossed the line with his incest joke about the 45th president and the first daughter. Maher was speaking with guest Gabriel Sherman of New York Magazine, where he made the remarks with suggestive hand gestures that rightfully left Sherman uncomfortable though he chuckled at the attempt at humor. It wasn’t just conservative Twitter that went off, David Shuster of i24 News; felt the joke crossed the line. Marlow Stern at Daily Beast also felt the joke was over the top. Now, Trump has made rather bizarre comments about his daughter, specifically on The Howard Stern Show, where the then-businessman told the shock jock that it was okay for him to call his daughter a “piece of ass.” A crude remark, though it’s a rather PG-rated exchange given what Stern has said on his show in years past. Moreover, that’s a whole lot different than tossing in an incest joke (via Daily Beast) [Warning: some strong language]:

“Is that how you see Ivanka?” Maher asked Sherman. “No,” replied the red-faced reporter. “I think, again, she’s on the margins trying to save us—to the degree that she can—but Donald Trump doesn’t listen to anybody, including his own family.”

Cue Maher: “Be nice to Ivanka, she’s our only hope—because she seems like she actually knows rationality, but she’s [Trump’s] kid, and she’s the only one who can get to him, and you know he loves her,” said Maher. “If he’s going to do something nutty, we’re going to depend on Ivanka going into that bedroom. Daddy”—cooed Maher, mimicking Ivanka giving Donald a handjob—“Daddy, you have to apologize for that tweet where you called Angela Merkela a ‘c**t.’ You have to apologize, Daddy!”

Ivanka Trump is a problematic, puzzling figure, but if liberals are going to castigate Donald Trump for his boorish, sexist behavior, they shouldn’t behave in a similar fashion.

I couldn’t agree more. I actually like Bill Maher, especially when he goes after the college snowflakes, the pro-safe space softies, and the anti-free speech zealots. He’s brutal—and he’s right on those subjects. Yes, he’s a comedian. He’s supposed to be edgy and on HBO you’re expected to keep finding those lines. He’s a comedian that will either hit or cross the line to find out where it is on the spectrum. I’m not saying Maher should be fired, or lose his show, or that a boycott should be launched. He’s got the right to be awful, just as Stephen Colbert has the right to say horrific remarks about the president. That’s the whole point of freedom of speech; sometimes you have to tolerate things said from people that you would devote your entire life opposing. I think Maher crossed the line. Dear God, could you imagine if a Democrat were occupying the Oval Office and this were said about the president and his children? The liberal media would be having weeks-long coverage about the denigration of the office, the breakdown of respect for the president, and endless lectures about sexism and misogyny. This would be considered a low point in politics. Yet, because Trump was elected as a Republican, all is fair - even the kids. That’s absolutely wrong.