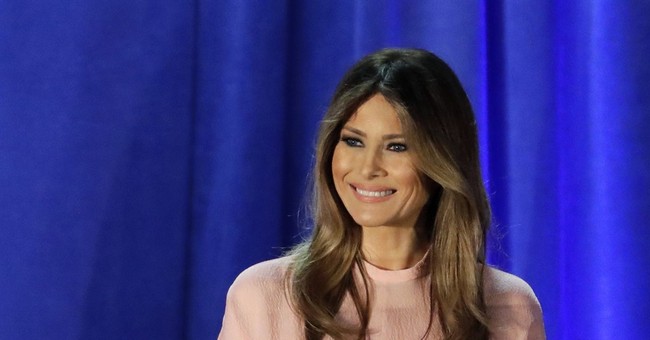 For many Trump supporters, the news media represents the opposition party. White House Chief Strategist Steve Bannon made that point explicitly clear to The New York Times. Bannon is a controversial figure in the Trump White House, but it’s not necessarily an outrageous statement given how the media has treated Donald Trump over the 2016 cycle. It got even worse when model Emily Ratajkowski tweeted how a NYT reporter called First Lady Melania Trump a “hooker.”

The Times admitted this incident occurred, but hasn’t updated their story identifying the reporter as Jacob Bernstein, who offered his apologies on Twitter.

Sat next to a journalist from the NYT last night who told me "Melania is a hooker." Whatever your politics it's crucial to call this out for

This is a four part tweet. 1. I want to take ownership of a mistake I made.

2. Speaking at a party in what I thought was a personal conversation, I nevertheless made a stupid remark about the first lady.

3. My editors have made it clear my behavior was not in keeping with the standards of the Times, and I agree.

4. My mistake, referring to unfounded rumors, shouldn’t reflect on anyone else and I apologize profusely.

Yeah, he apologized—but I doubt there will be anything else on the accountability front. Bernstein did offer insight into how the Left and the news media probably think about the Mrs. Trump, which isn’t shocking since Hillary Clinton’s loss has driven them indiscriminately insane. This story will die, which is sad since it would have dominated headlines for weeks if Melania weren’t married to a Republican president. Count on that. The first lady is involved in a new libel lawsuit against the Daily Mail, who reported that Melania Trump was a former escort.