Poll: 51 Percent Of Voters Feel That Clinton Did Something Illegal 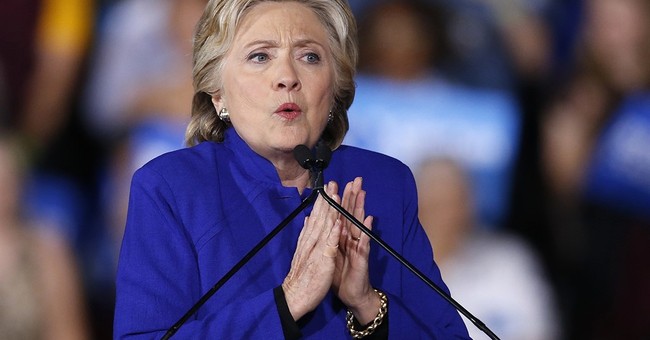 A new Marist poll put both Donald Trump and Hillary Clinton in an unflattering light, but more so for the former first lady. Once again we have confirmation that the attacks on her about her unauthorized and unsecure email server that possibly put our national security in danger, and her alleged unethical dealings at the Clinton Foundation, have the majority of voters feeling like the former secretary of state did something illegal, while 83 percent feel she did something wrong (via McClatchy):

The deep suspicion of Clinton is likely a top reason she’s lost much of her lead and the race for the White House has tightened in the race’s closing days.

“I watch the news, do a lot of reading,” Megenity said. “I’m 82 years old and remember the Clinton administration. I don’t need any more Clintons.”

More than half, 61 percent, said the accusations against Clinton would make a difference in how they vote.

Even 55 percent of those who are supporting Clinton and 50 percent of Democrats think she acted unethically.

The publication quoted Dawn Foley of Conyers, Georgia saying, I want our first woman president to have integrity, and I don’t think she has any.” Others quoted also said they felt Donald Trump was unqualified, but as we enter the final days of 2016, it appears the base has come home; 92 percent of Republicans support Trump, whereas only 89 percent of Democrats support Clinton.