What's That? Social Security Is Going Broke Sooner Than Expected 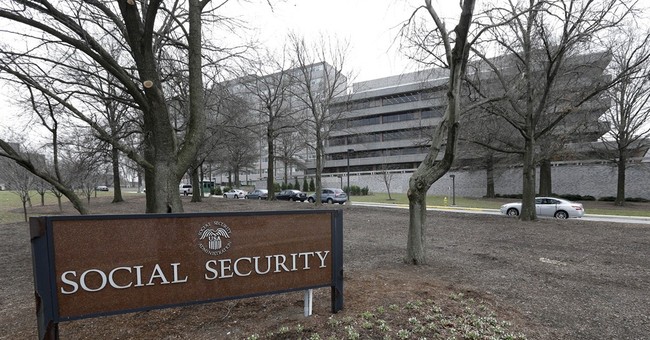 We all know that our entitlement programs are in serious trouble. In fact, the major ones, like Social Security and Medicare, are projected to go bankrupt unless we do something in Congress to fix the outdated formula of allocating benefits. At the U.S. Naval War College in Rhode Island, George Will aptly noted during a 2012 lecture that the average time between retirement and death then Social Security was instituted was two years. It’s now grown to over two decades. As Will noted, the system was never designed to accommodate the advances in pharmacology that has allowed the elderly and retired to live longer. Well, as it turns out, a new analysis shows that Social Security could go bust three years earlier than projected (via The Hill):

Social Security could run out of money three years earlier than federal officials are projecting, according to a new analysis of spending and demographic data.

The system, which uses federal budget and census data, was developed at the University of Pennsylvania’s Wharton School.

The baby boomers are retiring at a rate of 10,000 a day, which will be consistent over the next two decades. In which case, 10,000 people are eligible for Social Security and Medicare benefits. Zero hour is approaching and Congress is in no way eager to take this issue up.