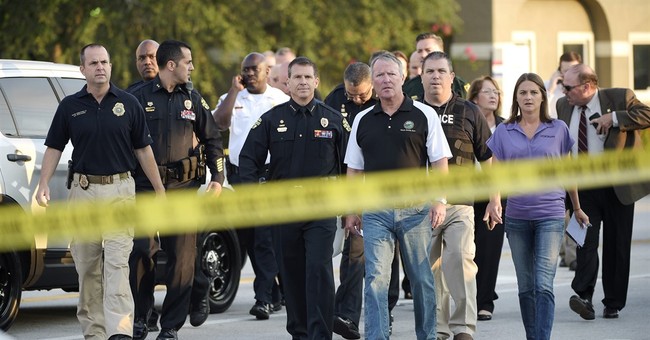 Omar Mateen was placed in the terrorist watch list run by the FBI when he was on the federal law enforcement agency’s radar during their 2013 and 2014 inquires into inflammatory remarks he made about terrorism. He was later removed once those inquires found that he hadn’t broken any laws (via LA Times):

Omar Mateen was placed on a terrorist watch list maintained by the FBI when its agents questioned him in 2013 and 2014 about potential ties to terrorism, according to U.S. law enforcement officials who spoke on condition of anonymity to discuss the case.

He was subsequently removed from that database after the FBI closed its two investigations, one official said.

The FBI agents determined that Mateen had not broken any laws and closed the investigation, a second official said.

Even if Mateen were still on the terrorist watch list — known as the Terrorist Screening Database — the designation would not have precluded him from buying the semiautomatic pistol and assault-style rifle that he used in Sunday's massacre.

So, of course, Democrats are rehashing the fight to bar anyone suspected of being a terrorist without due process of law from exercising their Second Amendment rights. A similar bill was brought up last December, as reported in Roll Call—with one version sponsored by Sen. John Cornyn (R-TX) that included due process protections. It garnered the support of 55 senators, though short of the 60-vote threshold. Concerning one of the list within the FBI’s Terrorist Screening Database, the no-fly list, even the LA Times felt that those on it should be able to buy firearms since right shouldn’t be stripped based off of mere suspicion. Hillary Clinton feels otherwise. The no-fly list, and other similar watch lists, maintained by the FBI have a sordid history that stains both parties. Heavily expanded after the 9/11 attacks, it was first thought that it could be a serious violation into civil liberties. Democrats made that argument, while Republicans said it was necessary to keep the country safe. Now, the GOP says that Americans’ right to firearms shouldn’t be stripped based on a system that is both secretive and lacks due process, while Democrats say that it will save American lives.

Whatever the reason, having your rights stripped based on suspicion should raise the eyebrows of every American. If convicted of a crime, yes, you lose the right to own guns. That’s not a debate—but there is no trial when you’re added to any one of these lists. Heck, in most cases, Americans who have been added aren’t even informed, nor are they really given any legal recourse to get their names removed. Regarding no-fly lists, there are many documented cases of mishaps, including the late Sen. Ted Kennedy being included on the list. Even young children have been placed on no-fly lists, which should also raise questions about the accuracy of this secretive anti-terror program.

Gabriel Malor added more regarding these lists via Twitter:

Importantly, although the Dem gun ban proposal uses a similar definition as the terror watch list, *these will be separate lists.*