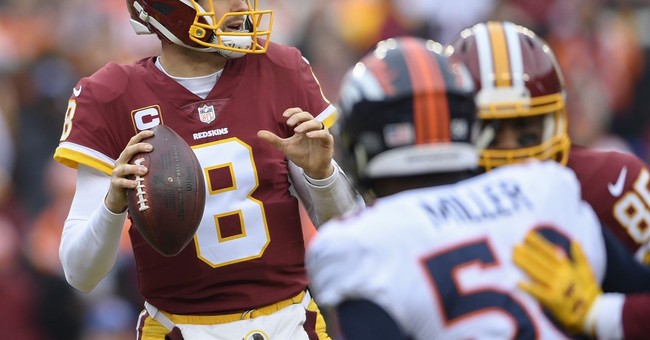 Aunt Jemima disappeared from the syrup bottles. Uncle Ben has been wiped from rice boxes. Now, the Native American warrior that has been an icon of the Washington Redskins’ football team since 1971 is being shown the door.

The team’s name and logo has been a source of controversy for years but had thus far withstood calls for revision. In the weeks of rioting and protests that have followed the killing of George Floyd, however, Americans’ increased sensitivity to race and appropriation may deal the final blow. While the team has not yet announced whether it will change its name, it has promised to undergo a “thorough review” of it and are reportedly dropping the mascot.

Ironically, the Redskins’ current logo was designed in close consultation with Native American leaders. Among those who unanimously approved and voiced praise for the logo was Walter Wetzel, a former president of the National Congress of American Indians and chairman of the Blackfeet Nation. Wetzel had been deeply involved with United States President John F. Kennedy in the movement for civil liberties, civil rights, and economic freedom for all.

“It needs to be said that an Indian from the state of Montana created that logo, and he did it the right way,” Wetzel’s son, Don, said in a 2014 interview. “It represents the Red Nation and it’s something to be proud of.

President Trump said as much in a recent tweet in such he noted that the Redskins name and iconography was a symbol of strength, not mockery.

They name teams out of STRENGTH, not weakness, but now the Washington Redskins & Cleveland Indians, two fabled sports franchises, look like they are going to be changing their names in order to be politically correct. Indians, like Elizabeth Warren, must be very angry right now!

The president was quickly lambasted for his statement, but a 2016 poll by the Washington Post found that 9 in 10 Native Americans were not offended by the name “Redskins.” The greater concern, according to several of the participants, is a loss of Native American culture altogether or the substance abuse that plagues many Indian communities.

“I think the hoo-ha about it is crazy,” said Jean Manfred, a member of the Pamunkey tribe. “To me, it’s kind of like an honor. I think we should be proud to have a team named after us.”

Nonetheless, the woke have deemed the name offensive and are pressuring the team to take action. Amazon, Walmart, Target, and Nike have all announced they will no longer sell Redskins merchandise.

Given today’s announcement by the NFL and the Washington team’s ownership, we are discontinuing the sale of items that reference the team’s name and logo. https://t.co/LtT7m7H3we

The team hasn’t announced what new names are in the running, but the Washington Warriors, Redtails, and Pigskins have all been suggested as possible alternatives.