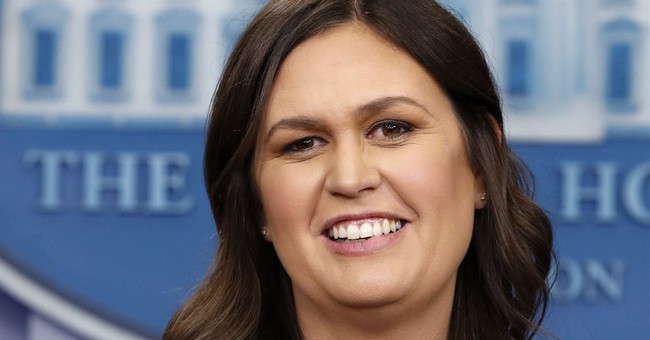 Due to term limitations, Hutchinson cannot seek reelection. Sanders, who is from Hope, Arkansas, announced her bid for the gubernatorial election in January. She previously served as White House press secretary under President Trump from 2017 to 2019.

In a statement, Hutchinson praised Sanders’ love for the state and said it will be in “good hands” under her leadership.

“I’ve known Sarah Huckabee Sanders most of her life and know firsthand her love for our state and her heart for public service. Sarah has earned the Republican nomination and I’m delighted today to endorse her for Governor,” Hutchinson’s statement reads. “The state of Arkansas will be in good hands with Sarah as Governor, and she has my full support.”

Days ago, Sanders’ only primary opponent, Arkansas Attorney General Leslie Rutledge dropped her bid for the gubernatorial race. She has since announced her candidacy for the office of lieutenant governor.

“Sarah Huckabee Sanders is a warrior who will always fight for the people of Arkansas and do what is right, not what is politically correct,” Trump wrote in a statement shared by Sanders on Twitter. “Sarah will be a GREAT Governor, and she has my Complete and Total Endorsement!”

Thank you President Trump for your endorsement and for always believing in me. As governor I will defend our freedom and lead with heart pic.twitter.com/QFtyuNpSm1

“Everything we love about America is at stake,” Sanders said in her announcement to run for Governor. “Your Governor is your last line of defense.”