Not Content to Remove Statue of Robert E. Lee, Charlottesville Donates It to Group with Radical Plan 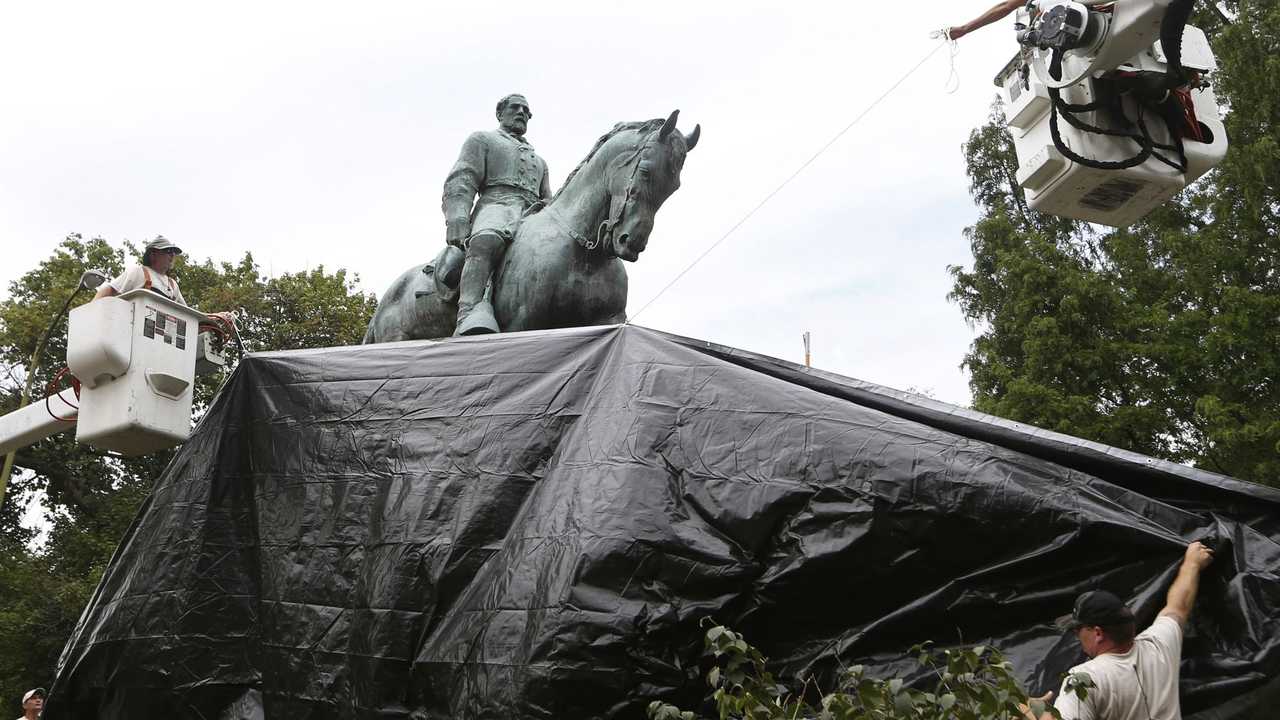 The fate over the statue of Confederate Gen. Robert E. Lee in Charlottesville, Virginia, has been decided. The City Council voted 4-0 Tuesday to donate the bronze statue to the Jefferson School African American Heritage Center. But that's not the end of the story.

The statue of Lee, which was at the center of the deadly Charlottesville demonstration in 2017, won't be preserved. Instead, Swords Into Plowshares, a coalition of local organizations led by the Jefferson School African American Heritage Center, has a different idea.

On a fundraising page, the group says it wants to melt the statue to "transform a national symbol of white supremacy into a new work that will reflect racial justice and inclusion."

[T]he project “will allow Charlottesville to contend with its racist past,” Andrea Douglas, the museum’s executive director, said in an interview Tuesday afternoon. “It really is about taking something that had been harmful and transforming it into something that is representative of the city’s values today.” [...]

“We want to think about this as a creative process,” she said. “What can you generate out of trauma, so you end up with something that is reflective of our contemporary moment?” (The Washington Post)

The new work will be informed by a six-month-long "community engagement process." A jury will then be convened to choose one idea, according to The Washington Post, and an artist will be commissioned to create the new sculpture, which will be displayed publicly by 2026.

Remember that stuff about taking down Confederate statues and putting them in a museum, where they belong? Wasn't true. The Taliban blew up statues; Charlottesville will melt them down. From WP: https://t.co/vomJkPzPQm