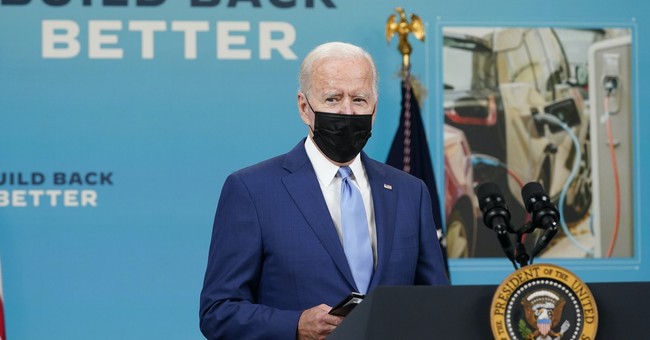 CNBC is shocked by the November jobs report: “A huge miss" pic.twitter.com/bC2edazXJP

The unemployment rate declined to 4.2 percent, however, which is more than expected.

CNN: November's jobs report a "disappointment," with Americans "not going back to those customer-facing jobs" pic.twitter.com/eGZWajViwn

“The holiday season is typically the best time of the year for small businesses and job growth," said Alfredo Ortiz, President and CEO of the Job Creators Network. "For many small businesses, their annual profit comes exclusively from the holiday season; the rest of the year they’re in the red. With that in mind, November’s job growth is especially bad and proof that policies of the Biden Administration are killing American work ethic and exceptionalism. Excessive and unnecessary government spending is continuing to cause inflation to outpace wage gains- this ‘Biden Pay Cut’ will only be exacerbated with more proposed spending on the way."

White House Press Secretary Jen Psaki, who was on MSNBC when the numbers came out, said she couldn't officially comment until 9:30.

“Jobs numbers just crossed, 210 jobs just added. 210,000,” she reported. “So if we look at that breaking news right now, that’s a number that feels a little, what, off?" said host Mika Brzezinksi.

They said the adults were back in charge. Jobs numbers are released on the same day, at the same time, every month.

WHY did Biden's comms team put the press sec on tv when they KNOW they can't comment on the jobs report?

WHOA - they put her on TV knowing this announcement was coming.

She must have been prepared to take a victory lap and wasn't prepared to react to bad news. INCREDIBLE planning failure. https://t.co/jy5EhCSIGK

Editor's Note: This is a breaking news story and will be updated with additional information.